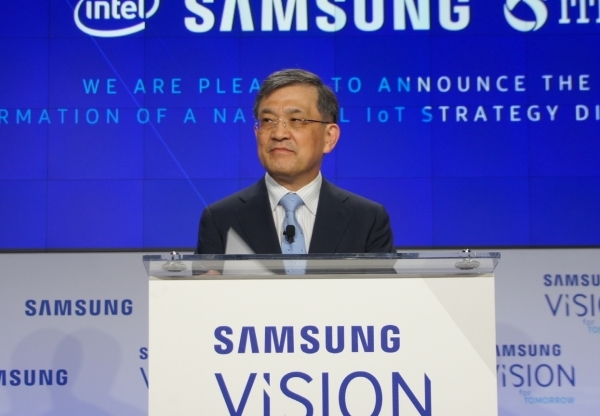 SEOUL, Apr. 3 (Korea Bizwire) — The chief executive officer of Samsung Electronics Co., Kwon Oh-hyun, ranked as South Korea’s highest annual salary earner last year, the third year in a row that he has topped the list of high-income corporate executives, according to a market tracker on Monday.

According to FnGuide, Kwon took home 24.38 billion won (US$23.1 million) in annual salary in 2017, the biggest amount among high-income South Korean corporate executives.

“The huge contribution he made to improving the profitability of (Samsung Electronics’) semiconductor business, which helped the company achieve the feat of 50 trillion won in operating profit, has been taken into account,” the company said.

Lee Soo-young, the late chairman of OCI Co., brought home the biggest annual salary of 19.4 billion won last year among corporate owners-cum-executives, followed by the head of Lotte Group Shin Dong-bin with 15.2 billion won and Chairman of AmorePacific Group Suh Kyung-bae with 10.9 billion won, according to the data.

Samsung Electronics Vice Chairman Lee Jay-yong, the heir of the electronics giant, only took 871 million won in salary last year for his two-month service in January and February before he was later taken into custody in a corruption scandal, according to his company.