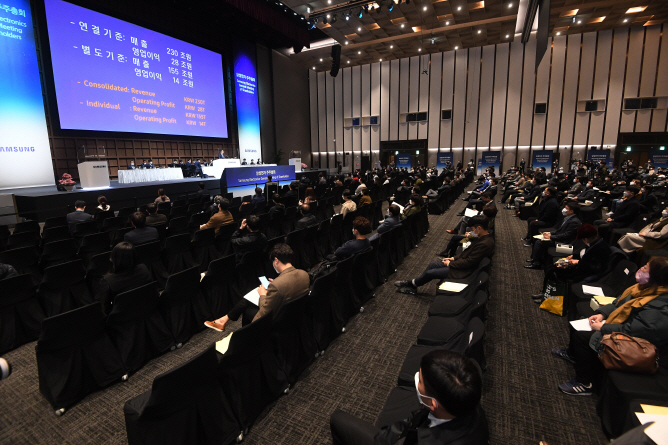 SEOUL, May 19 (Korea Bizwire) — The number of retail investors who own less than a 1 percent stake in Samsung Electronics Co. is estimated at about 4 million.

According to a quarterly report submitted by the South Korea’s electronics giant on Monday, the company had roughly 3.9 million individual shareholders as of March 31.

This figure indicates that the number of individual shareholders increased by more than 1.7 million this year alone.

This figure counts only those who hold ordinary shares. Including those who own preferred shares, the number of individual shareholders would be even higher.

In the first quarter of this year, retail investors bought a net total of 185.1 million shares of Samsung. In contrast, institutional investors and foreign investors had net sales of 112.5 million and 76 million shares, respectively, during the same period.

“In today’s low interest rate environment, individual investors flocked to shares of Samsung Electronics since the company’s dividend is relatively high and they can expect profit-taking from a possible hike in share prices,” an industry official said.