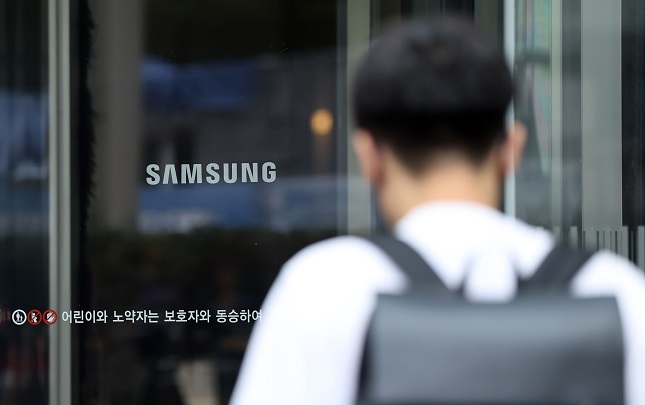 This undated photo shows an entrance to the headquarters of Samsung Electronics Co. in Seoul. (Yonhap)

Under the new system, which will go into effect Jan.1, the tech giant will abolish its decades-old seniority-based top-down approach and scrap mandatory years of working at certain positions, a precondition for possible promotion.

Positions for rank-and-file employees at Samsung are currently divided into four career levels, and each level requires 8-10 years of work to be eligible for promotion.

Those requirements will be gone come January, a move that could lay a new path to the C-suite for young employees in their 30s and 40s.

Also certain ranks are incorporated to make the company structure more simplified and nimble, and speed up communication among its workers.

The move is part of the tech giant’s efforts to recruit talent regardless of age and raise them into key human resources that can lead the company’s future business, amid intensified global competitions, the company said.

It also came a month after Samsung Electronics Vice Chairman Lee Jae-yong said he would work hard to “create a better Samsung and a better future for our society” in his first public remarks since he was released on parole in August after spending seven months in prison on a bribery conviction related to ousted former President Park Geun-hye. 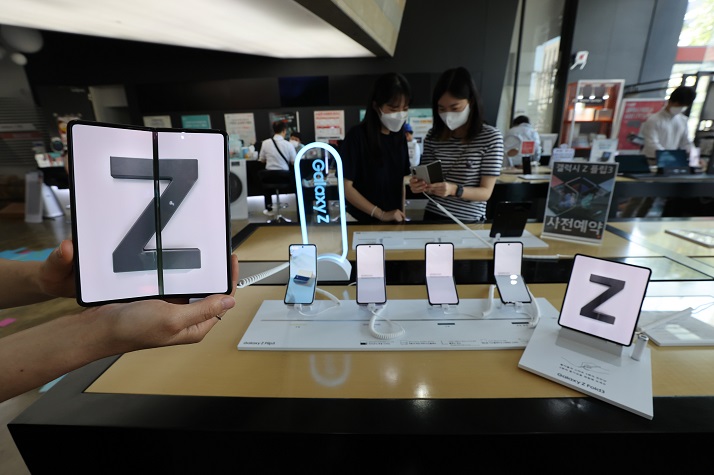 The tech giant said it will abolish its annual promotion announcement in March and hide each employee’s rank and his or her starting year at the company on its intranet, so its employees can freely communicate, and share ideas and expertise with each other no matter what position they hold.

The company will introduce the so-called “senior track” system to retain highly-skilled and experienced senior workers even after retirement.

Under the new “free agent” program, those who have worked on a certain team for more than five years will be able to move to another team to explore and learn new business.

Samsung Electronics said it will also set up a new internal program to allow a free flow of talent across the company, including its overseas offices.

In line with a growing global trend following the onset of the coronavirus pandemic, Samsung will introduce a “work from anywhere” program by setting up shared offices in and out of the company to enhance its flexible working environment.