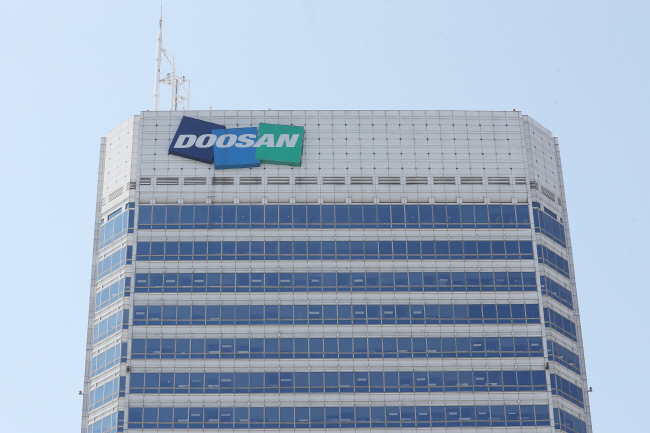 Under the approval made in a preliminary shareholders meeting, the company plans to reduce its capital stock by 80 percent to some 78.3 billion won (US$67 million) by cutting its common shares’ face value to 1,000 won from 5,000 won, it said in an emailed statement.

The shareholders also agreed to rename the company Hyundai Doosan Infracore Co., which was changed after 16 years, the company said.

Along with the capital reduction, Doosan Infracore plans to raise up to 800 billion won this year by selling new shares.

Before the shareholders meeting, about 10 representatives of minority shareholders held a press conference, accusing the company’s capital reduction and its proposed sale of new shares.

A share sale usually hurts shareholders’ value as it dilutes a stock valuation and makes the stock price drop.

After the announcement of Doosan Infracore’s plan for the capital reduction and the sale of new shares on Aug. 25, its stock prices fell 23.5 percent to 11,200 won on Thursday.

Trading of Doosan Infracore will be suspended from Oct. 8 to 25 after the capital reduction and will resume on Oct. 26.