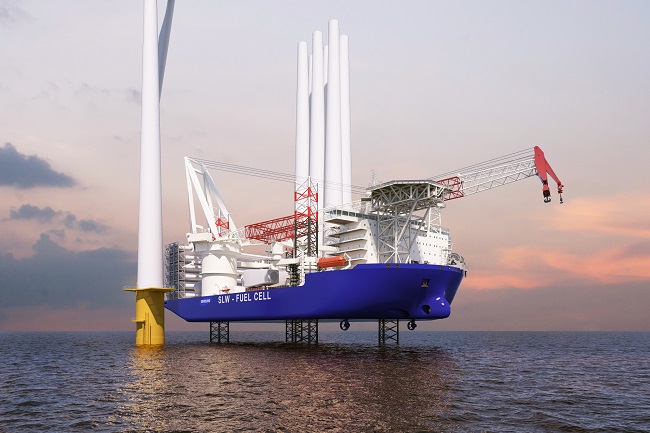 This photo provided by Samsung Heavy Industries Co. on April 8, 2021, shows a wind turbine installation vessel (WTIV) to be built by the shipbuilder.

The three companies are ABS from the United States, DNV GL from Norway and Lloyd’s Register from Britain, Samsung Heavy Industries said.

A conceptual design refers to the basic concept and characteristics of the vessel before confirming its specifications and required technologies.

The vessel could cut up to 50 percent of carbon dioxide emission compared with diesel-propelled vessels, the company said.

In 2010, Samsung Heavy Industries won the first order for WTIV among local shipbuilders and has completed the construction of three WTIVs so far, it said.

Orders for WTIV are estimated to increase 44 percent, or 23 ships, by 2023 from 16 ships in 2020, according to global market researcher Clarkson Research Service.