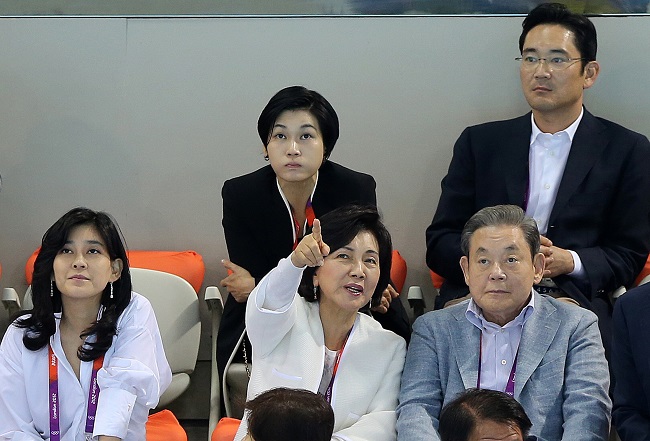 The value of Lee’s stock holdings stood at 15.62 trillion won (US$14 billion) as of Friday, the largest among 90 family members of the country’s 60 major family-controlled conglomerates and up more than 7 trillion won from a month earlier.

In late March, Jae-yong inherited a near 10 percent stake in Life Insurance Co., the largest shareholder in Samsung Electronics Co., and shares in Samsung Group units, from his father Lee Kun-hee

The elder Lee died on Oct. 25 at age 78, more than six years after being hospitalized for a heart attack. He had been the country’s richest stockholder for the past 10 years, with his stock value reaching 17.7 trillion won as of late October.

Lee was survived by his wife, Hong Ra-hee, only son, Jae-yong, and two daughters — Boo-jin and Seo-hyun.

Hong placed second in the country’s stock-rich rankings with 11.43 trillion won, followed by Boo-jin, chairwoman of Hotel Shilla Co., with 7.78 trillion won and Seo-hyun in charge of the Samsung Welfare Foundation with 7.21 trillion won.