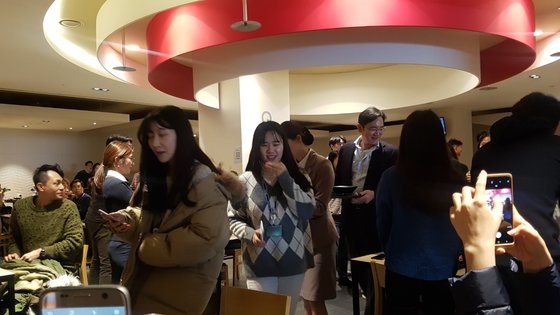 During the morning of January 3, Lee visited Samsung Electronics’ Suwon plant and attended a ceremony celebrating the opening of a new production line that will produce 5G network communication equipment.

His appearance was captured and posted on various social media services, including Instagram. In the photos, Lee was seen with other executives and employees in the cafeteria, eating lunch.

During the ceremony, in which many other executives participated, Lee announced that the company needed to be competitive as a challenger in the new 5G market.

Samsung Electronics is expecting that it will be able to increase its manufacturing capacity by establishing a ‘Smart Factory’ for production of 5G network equipment, which will drastically reduce production defects and increase productivity.

After signing contracts with South Korean telecommunications businesses such as SK Telecom Co., KT Corp. and other global businesses including AT&T Inc. and Verizon Wireless to supply 5G network equipment, Samsung Electronics succeeded in developing a 5G standard multi-mode modem for the first time in August of last year.

After introducing a prototype of the world’s first 5G smartphone at ‘Qualcomm Summit’ held in the U.S. last month, Samsung is also preparing to release its first Galaxy Smartphone with 5G capability.