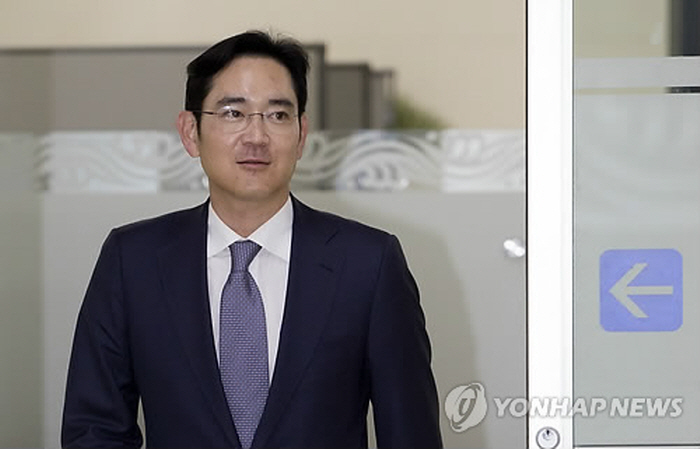 The 46-year-old became the third South Korean business tycoon with shares of more than 10 trillion won.

The jump in the younger Lee’s stock value comes as shares of Samsung companies have been on a roll following the announcement of the plan to combine Cheil Industries Inc., Samsung’s de facto holding company, with Samsung C&T Co., its trading and construction unit, by September.

The envisioned merger is widely seen as part of a groupwide effort to cement the heir’s grip on the country’s top family-controlled conglomerate in the wake of his father’s hospitalization from a heart attack in May last year.

Other members of the Lee family also saw their stock assets grow over the past four days. Stock holdings of eldest daughter Boo-jin, CEO of Hotel Shilla Co., and Seo-hyun, head of Cheil Industries, jumped 20.3 percent to 3.19 trillion won each.

The combined stock asset value held by the Lee family totaled 29.73 trillion won as of Friday, up 8.4 percent over the cited period, according to the data.