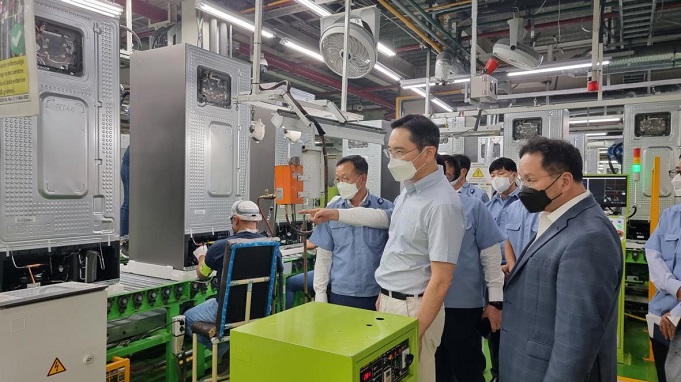 Lee has been visiting the Central American country since last Thursday (local time) as part of a trip intended to check Samsung’s major operations there and meet company officials working in the region, the company said.

It marks the first overseas trip for Lee since he was granted a presidential pardon in August over the bribery conviction that led him to serve a 2 1/2-year prison term. Lee was paroled in August last year.

Lee has used long public holidays, like the Chuseok fall harvest that ran from Friday through Monday this year or the New Year’s holiday, to visit Samsung’s foreign operations or meet with business partners around the world. 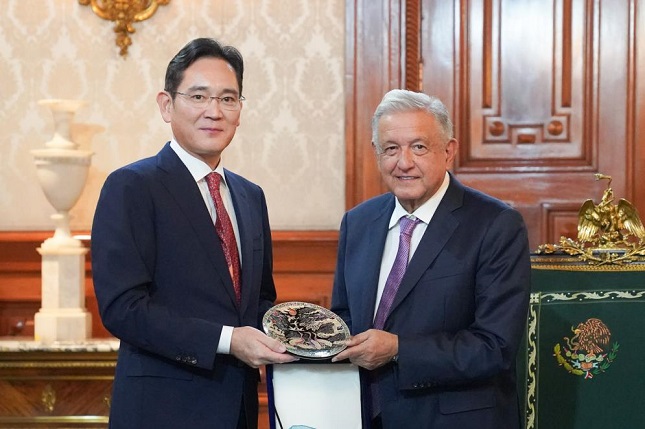 Lee visited Samsung’s home appliance factory in Santiago de Queretaro in central Mexico on Friday and checked the production lines and sales status, according to Samsung.

He also visited the Dos Bocas refinery plant currently under construction by a consortium including Samsung Engineering Co.

Those visits followed an earlier visit to the plant run by Samsung’s auto and audio product-making subsidiary Harman.

Lee also made a courtesy call on Mexican President Andres Manuel Lopez Obrador earlier and asked for Mexico’s support for South Korea’s bid to host the 2030 World Expo in Busan. Lee has been named a presidential envoy for the campaign.