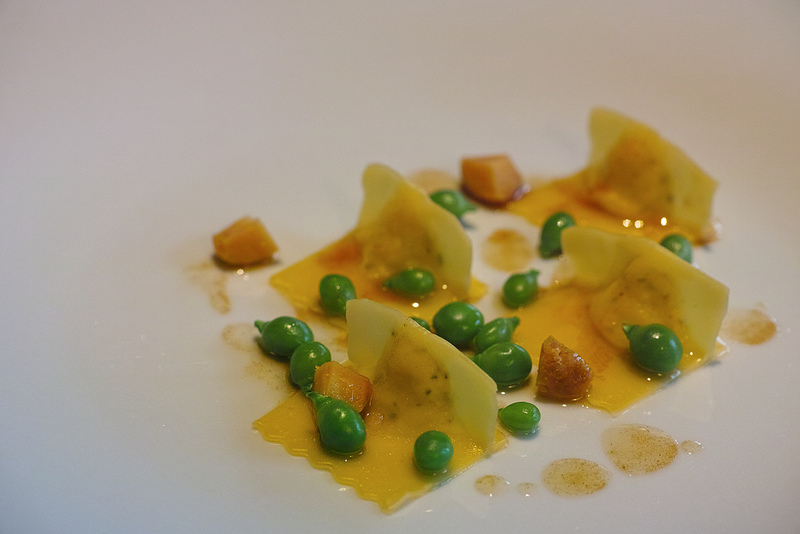 Samsung’s collaboration marks an industry first in integrating the expertise and insights from chefs of this caliber with Samsung’s own expert teams from the earliest stages of product development through to the testing and final production phases to develop and launch a new range of kitchen appliances. (image credit: by jseita at Flickr)

SEOUL, South Korea & NEW YORK, August 20, 2013 (Korea Bizwire) – Samsung Electronics Co., Ltd., a market leader and award-winning innovator in consumer electronics and home appliances, today announced a global culinary initiative known as Samsung Club des Chefs, which brings  together Michelin star-rated and visionary chefs from around the world  to collaborate with Samsung to develop the next generation of premium home appliances that will revolutionize what consumers can accomplish in   their kitchens. The chefs joined Samsung executives at the first-ever Samsung House, a custom-designed and beautifully appointed home space in New York’s SoHo neighborhood where Samsung is exhibiting its U.S. product line.

Samsung’s collaboration marks an industry first in integrating the expertise and insights from chefs of this caliber with Samsung’s own expert teams from the earliest stages of product development through to the testing and final production phases to develop and launch a new range of kitchen appliances. In addition to impacting future products, the Samsung Club des Chefs also will inspire home cooks through the sharing of recipes, techniques and tips via various channels, including Samsung’s social media sites.

“Samsung already has strong appeal among consumers who demand more from their home appliances. From sparkling refrigerators to flex-duo ovens, our appliances are built to fit into your lifestyle,” said Boo-Keun       Yoon, President and CEO of Consumer Electronics at Samsung Electronics Co. Ltd. “With initiatives like Samsung Club des Chefs, we are moving beyond simply fitting into your lifestyle to now creating new  possibilities for a home life, well-lived. We’re dedicated to uncovering how you can achieve a more refined, more elevated experience in every  room in your home.”

The initial group assembled for Samsung Club des Chefs is comprised of  some of the globe’s top culinary talents:

The brand will continue to bring in new talents from different regions on the board.

Samsung Club des Chefs members bring in-depth knowledge of existing Samsung home appliance products to the table, and will be challenged to deliver new usage scenarios based on their own kitchen experiences,       tried-and-true techniques and evolving culinary trends. Their expertise and insights will be incorporated into the earliest stages of product development – impacting everything from form to function – to bring to market new products that feature easy-to-use, intuitive features that professionals, as well as consumers, will appreciate in their kitchens.

While chefs typically are associated with being behind the cooktop  preparing a meal, Samsung will collaborate with members of its Club des Chefs to tap into their “whole kitchen” experience to help create a  joyful kitchen culture that will bring to life more possibilities and access to exclusive content for consumers. From learning how to best       store fresh ingredients to cooking a dish in the best way possible for new culinary discoveries, this program will enable consumers to cook healthier, more tasteful food and give them a platform to share their cooking experiences with family and friends all over the world.

Samsung, being a relatively young brand in the home appliances industry, aims to become one of the most admired kitchen brands among visionary chefs and sophisticated consumers through this new initiative. Beyond       this initial collaboration with world renowned chefs, Samsung also plans to actively engage with the global culinary community via on- and offline events.

It will likely be 2014 before products influenced by Samsung Club des Chefs will be on the market.