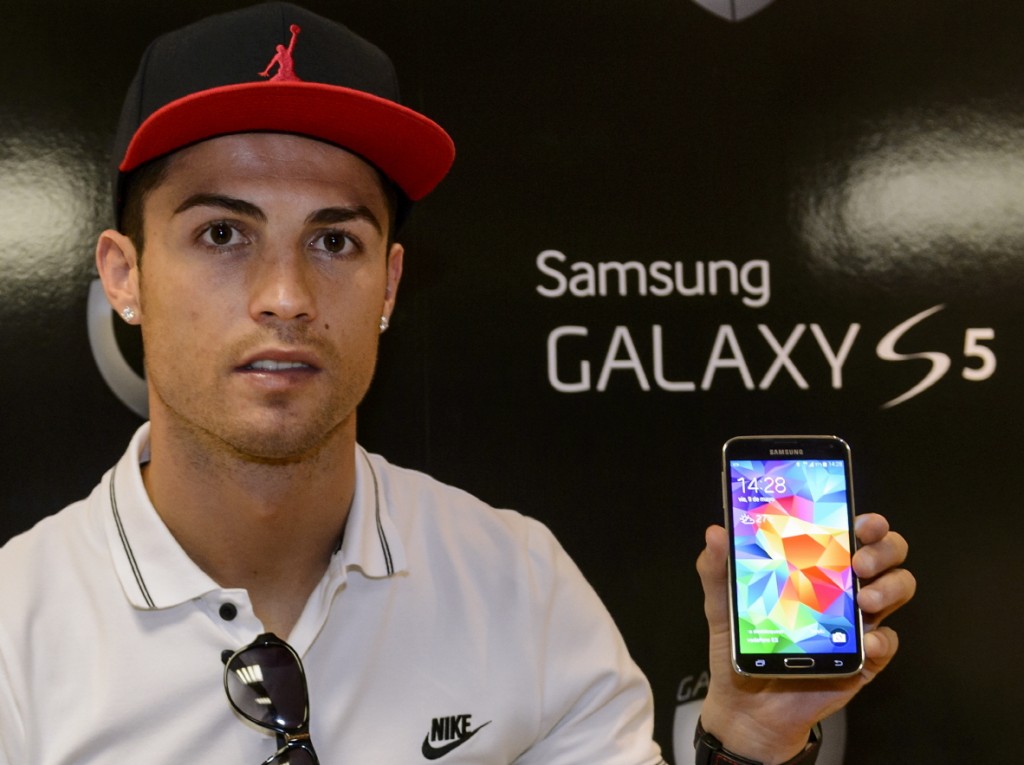 “Galaxy 11” is a soccer team consisting of the world’s-best footballers including Lionel Messi of Argentina, Cristiano Ronaldo of Portugal and Lee Chung-Yong of Korea. (image: Samsung Electronics)

“Galaxy 11” is a soccer team consisting of the world’s-best footballers including Lionel Messi of Argentina, Cristiano Ronaldo of Portugal and Lee Chung-Yong of Korea. Through various programs based on the team, Samsung plans to offer cutting-edge technology experiences to the world’s customers.

Especially, the video of “Galaxy 11 Training” released recently on the web shows the players training with the Galaxy S5 and wearable devices Samsung Gear 2 and Gear Fit. In the video, the players check their condition and monitor their training through the Galaxy S5’s heart rate sensor and its autofocus camera while showing off their splendid soccer techniques.

Meanwhile, Samsung Electronics will organize a “Galaxy 11 World Tour” where customers can enjoy Samsung’s Galaxy S5 and its wearable devices and mobile contents like virtual soccer training in an experiential studio themed of “Galaxy 11” in Britain, Italy, the United Arab Emirates, China, Argentina and Brazil until July.

Lee Young-hee, vice president in charge of Mobile Business in Samsung Electronics, said, “Thanks to the interests and supports of soccer fans and our consumers, we opened the second phase of the ‘Galaxy 11’ campaign. I hope the consumers all over the world enjoy and experience our various contents related to ‘Galaxy 11’ and advanced techniques of the Galaxy S5 and Gear Fit in the campaign.”

Cristiano Ronaldo, a member of “Galaxy 11” and Portugal national football club, said, “I’m happy to join the ‘Galaxy 11’ campaign linking all the soccer fans into passion. I ask for your continued support to win the final game against the aliens.”

The latest information and video clips can be found on its campaign site (www.theGALAXY11.com/ko) and Samsung mobile official SNS channels.