Samsung might hope the newly launched models will help to counteract the surging popularity of iPhone6 series and “new kids on the smartphone town” from China. (image: Kobizmedia)

SEOUL, Nov. 2 (Korea Bizwire) –In response to higher-than-expected iPhone6/Plus sales, Samsung Electronics is rolling out two new mid-range smartphones called “Galaxy A3″ and “Galaxy A5,” which are known for “selfie-friendly” smartphone with their high-performance camera features. Samsung also is to release the Samsung Galaxy Note Edge, its flagship high-end phablet model in America, all models set for this month.

Samsung’s new lower-priced smartphone models “Galaxy A3″ and “Galaxy A5″ are said to target high-end customers in emerging market economies and the prices range between US$280 and $400 in countries such as China, India, and Malaysia. 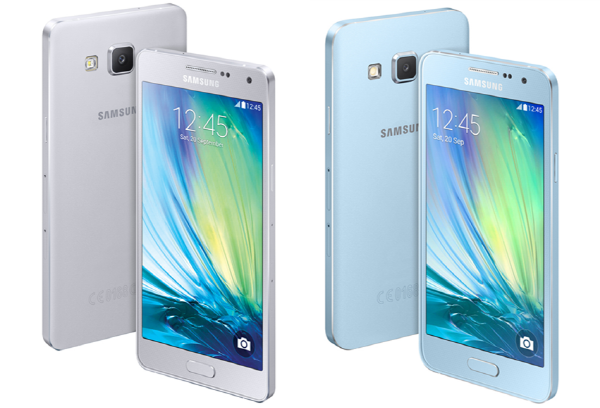 Samsung Galaxy A5 (left) and A3 (right) (image: Samsung Electronics)

The models, which come in six different colors including white, black, silver, pink, blue, and gold, adopted the metal-frame edges just like the Galaxy Alpha. Their thickness is 6.9 mm and 6.7 mm for the A3 and A5, respectively.

Samsung has so far insisted on using plastic casing for its smartphones. That’s because metallic casing may interfere with radio wave transmission and reception and costs more in processing. The reason the company decided to launch metal-rimmed models is it wanted to take the top position in emerging markets by appealing to customers with superior design features.

In particular, the new Galaxy A-series have a few “fun” new camera features dedicated to selfies, according to CNET reports, including wide-angle selfies that shoot up to 100 degrees in portrait and a 120-degree landscape/panorama mode.  The selfie-friendly models include front-facing five-megapixel cameras, which are primed for selfies with features like wide selfie, palm selfie, animated GIF, and “beauty face features,” which smoothes out a subject’s face and improves lighting, according to ZDNet’s explanation.

Along with Samsung’s campaign aimed at high-end customers in emerging markets, the Seoul-based company’s sales tactic targeting the U.S. market’s consumers will be also playing out: According to Samsung, the Galaxy Note Edge will be rolled out in the U.S. in November following its release in Korea and Japan. 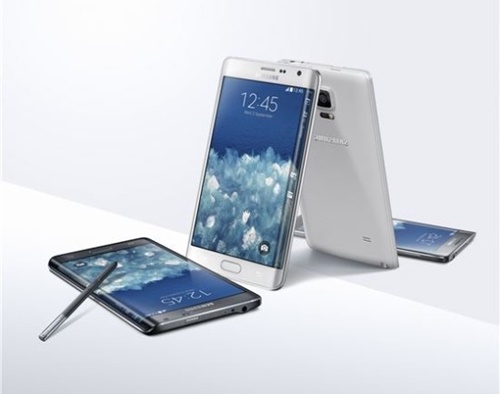 According to related reports, the Samsung Galaxy Note Edge is a limited edition smartphone, meaning it will be available either in limited quantities or for a certain period of time, depending on the market.

The global smartphone market has recently undergone a sea change as up-and-coming Chinese handset makers took a chunk of shares at the expense of Samsung and Apple while mid- and lower-priced devices took the center stage in the market. As a result, Samsung, which has focused on high-end smartphone models, was the one that was hit hardest from the change.

In response, Samsung announced that it would change its direction in the smartphone market by strengthening its price competitiveness of models in all price points while pursuing both growth and profitability at the same time. The company did not say much about the prospect of the upcoming end-of-the-year shopping season, except that the competition in the market will get fiercer as Apple introduced iPhone 6 and iPhone 6 Plus all the while Chinese makers launched a host of low-cost full-spec models.