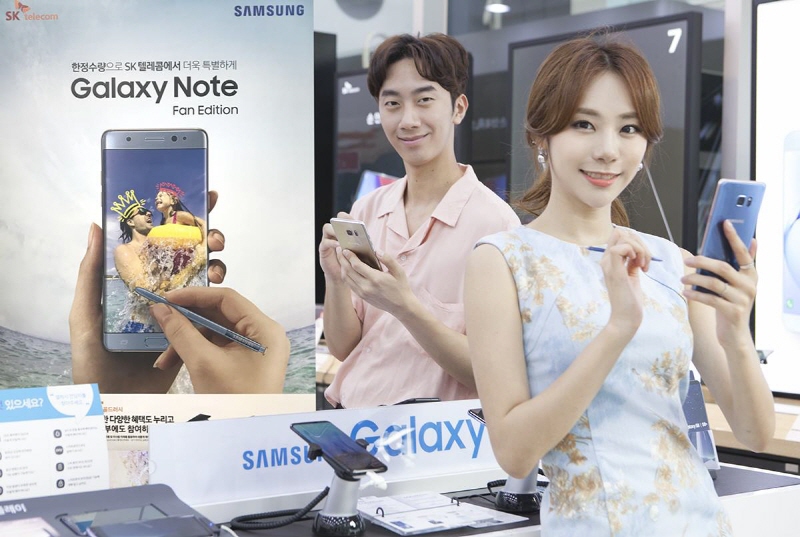 The South Korean tech giant suspended production and sales of the Galaxy Note 7 last year as some of the devices caught fire while charging. A probe revealed that the problems were due to the non-removable battery.

Taking the battery issue into consideration, the Galaxy Note FE comes with a battery capacity of 3,200 mAh, which is lower than the 3,500 mAh originally adopted by the Galaxy Note 7.

The Galaxy Note FE also comes with major features equipped with the Galaxy Note 7, including the S-Pen, along with the Bixby, which was first introduced by the Galaxy S8 smartphones launched earlier this year.

The smartphone, however, does not fully support all features of the Bixby, including the voice recognition system. Users are still able to use other features, including the Bixby Home and Reminder.

The refurbished smartphone is also water-and-dust resistant, and is equipped with an iris scanner.

Samsung said unlike the Galaxy Note 7, the Galaxy Note FE can be carried on aircraft, as the new product is “a completely new device.” The use of the ill-fated phablet on flights was prohibited by major carriers.