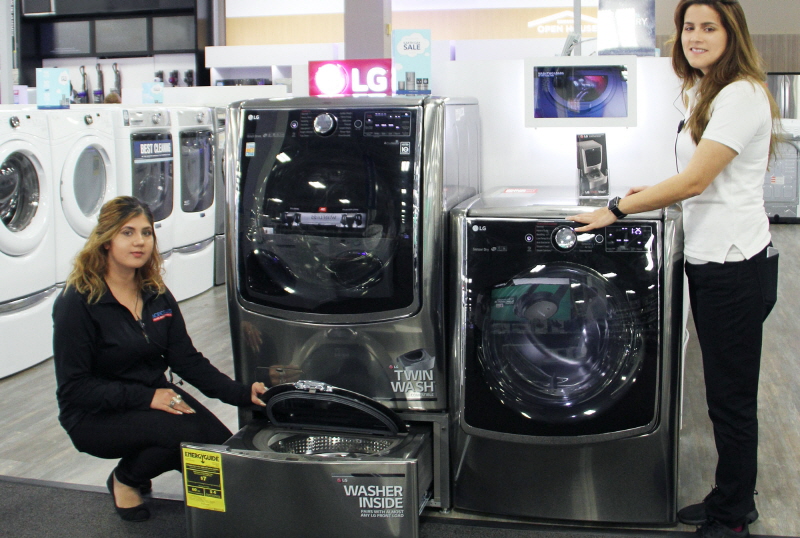 In June, the U.S. government started a safeguard investigation into foreign washers, mostly made by South Korean companies, at the request of Whirlpool Corp. to determine whether they have hurt the American industry.

The U.S. International Trade Commission (ITC) is slated to hold a public hearing on the safeguard investigation in Washington on Thursday. A safeguard action is taken to protect a domestic industry from a sudden jump in imports causing or threatening to cause injury to domestic production.

Officials of Samsung and LG are slated to attend the hearing to argue that the ongoing investigation is unfair and U.S. imports of their washers have not caused serious injury to the American industry as alleged by Whirlpool.

Whirlpool insists Samsung and LG have relocated production to Vietnam and Thailand, respectively, to circumvent anti-dumping tariffs imposed by the U.S. government on their washers manufactured in Mexico and China each.

Whirlpool has asked the U.S. trade body to slap anti-dumping tariffs on the imported washers beyond a certain amount.

According to the sources, South Korea government officials are also scheduled to attend the hearing to argue that Whirlpool’s request fails to meet the requirement for invoking a safeguard probe.

The ITC is slated to make a decision by Oct. 5 on possible additional tariffs or import restrictions.