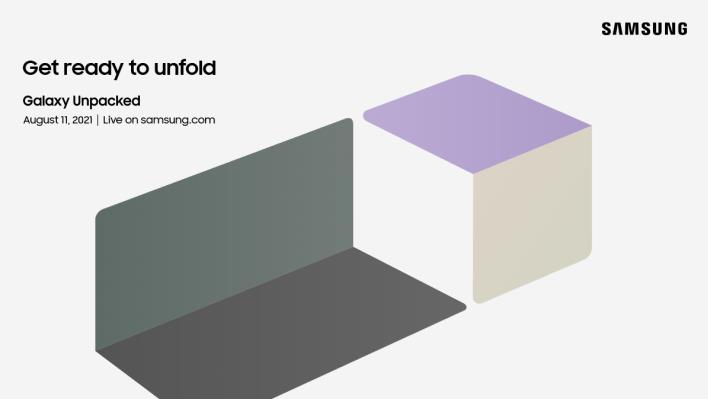 This image provided by Samsung Electronics Co. on July 21, 2021, shows an online invitation for the company’s Galaxy Unpacked event to be held on Aug. 11.

SEOUL, July 23 (Korea Bizwire) — Samsung Electronics Co., the world’s largest smartphone maker, is running a special trade-in program in the United States for its upcoming new foldable smartphones, industry insiders said Friday, amid its push to expand its customer base of foldable handsets.

Samsung’s U.S. unit recently opened a reservation page that allows people to exchange up to two of their old devices for a new foldable smartphone to be launched next month.

The South Korean tech giant earlier this week confirmed that its new foldable smartphones, expected to be the Galaxy Z Fold3 and the Galaxy Z Flip3, will be unveiled on Aug. 11.

Normally, its trade program accepts one device for a new product. But Samsung’s latest offer allows people to trade in up to two devices, giving bigger discount options, and accepts not only smartphones but also tablets and smartwatches.

Such a trade-in program is the first of its kind for Samsung. Its U.S. unit will also offer Care+, Samsung’s mobile care plan, for 12 months free, up to US$100 extra in trade-in credit and an “extra, special offer” during the pre-order period.

Samsung said it cannot confirm whether the special trade-in program offered by the U.S. unit will be available in other markets.

“Each regional office has its own marketing plan, so we do not know whether such a trade-in offer will be expanded to other countries,” a Samsung official in Seoul said.

Industry insiders said Samsung’s latest promotion is intended to expand its foldable smartphone customer base in the U.S. while absorbing users of LG smartphones.

Its smaller rival LG Electronics Inc. early this year announced it will withdraw from the mobile business after years of losses.

LG was the third-largest smartphone vendor in the U.S. in the first quarter of the year, according to market researcher Counterpoint Research, after Apple Inc. and Samsung.

In South Korea, the company already ran a special trade-in promotion to target those who own LG smartphones.