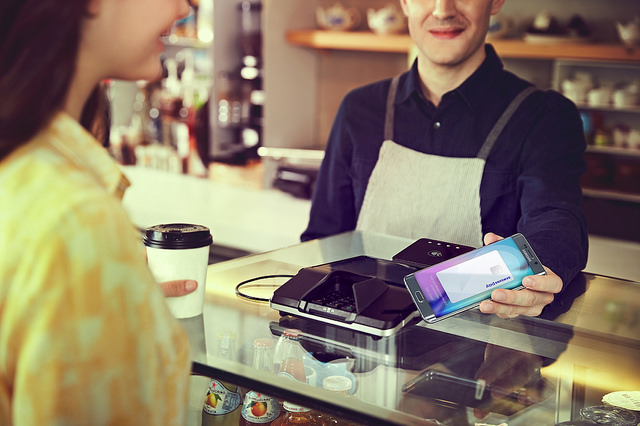 The company said that starting Thursday, the payment system installed on some of its newer smartphones can be used to carry out transactions at some local banks.

Under the upgrade, the 9 million domestic users of Samsung Pay, who can now use their phones like cash or credit cards, as well as at ATMs, will be able to withdraw or send money from accounts in Shinhan and Woori banks. This can be done by downloading a dedicated app on their smartphones.

The system makes full use of the iris scanner on its top of the line phones, with users no longer required to present bank books and ATM cards. The sending of money can be done without the use of one time password systems.

Samsung said it plans to expand the same services to other local lenders.

“The mobile payment is being developed so that it will one day fully replace a person’s purse of wallet,” a Samsung executive said.

Related to such an expansion, LG Pay, set up by Samsung’s main domestic rival LG Electronics Inc., said it is moving to expand its services in more stores across the country.

The consumer electronics company said while its payment system is currently being offered only with its premium phones like the V30, it plans to incorporate the feature into mid-range phones starting next year. It said LG Pay will reach the United States next year.