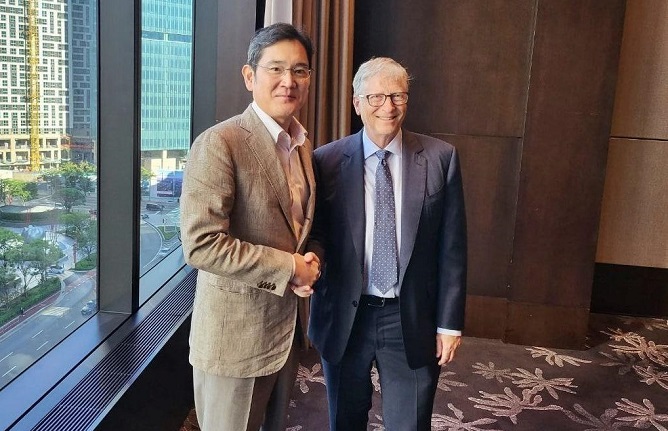 SEOUL, Aug. 25 (Korea Bizwire) — Samsung Electronics Co. said Thursday it has successfully wrapped up a project with the Bill & Melinda Gates Foundation to develop a prototype toilet for the world’s poorest communities.

The South Korean tech giant held a closing ceremony at Samsung Advanced Institute of Technology (SAIT), its research and development arm, in Suwon, south of Seoul, for the Reinvent the Toilet (RT) project that it participated in for the past three years at the request of the foundation.

SAIT recently finished the development of core technologies for the toilet and developed a prototype for household use, the company said, adding that the toilet is “energy-efficient with effluent treatment capability.”

The RT Challenge started in 2011 by the Water, Sanitation & Hygiene program under the Gates foundation to “generate innovative solutions that can protect people and communities from human waste-borne pathogens and enable governments to deliver truly inclusive sanitation services that reach the poorest communities,” according to the foundation’s website.

At the meeting, Lee vowed to continue using Samsung’s technologies to “help address the challenges facing humanity,” the company said.

Samsung said it plans to provide licenses of patents pertaining to the project to developing countries during the commercialization stage without receiving royalty fees.

Since the tech giant set up a task force for the project at SAIT in 2018, Lee has been deeply involved and shown great interest in the project. Lee and Gates have been in close contact to keep each other updated on the project, Samsung said.

More than 3.5 billion people around the world live with inadequate sanitation and hygiene, which were responsible for more than half a million deaths from diarrhea in 2016, according to the foundation.