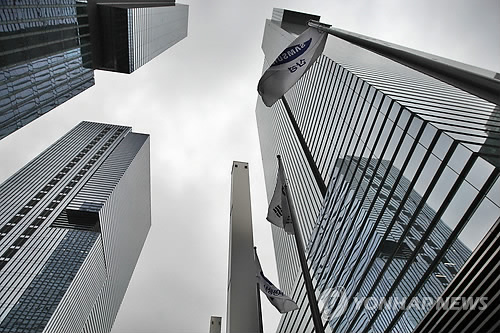 SEOUL, April 7 (Korea Bizwire) — South Korean tech giant Samsung Electronics estimated its first-quarter operating profit at 5.9 trillion won (US$5.44 billion) on Tuesday, which beat a market consensus and pointed to a recovery in its earnings.

The estimate hovered far above the median forecast of 5.47 trillion won among South Korea’s 21 brokerage houses, which was compiled by Yonhap Infomax, the financial arm of Yonhap News Agency.

Sales were estimated at 47 trillion won for the January-March period, down 12.44 percent from a year earlier and down 10.87 percent from the earlier three-month period, the company added.

Samsung didn’t provide its net profit estimate and a breakdown of sectoral performances for last quarter.

The final first-quarter result will be released later this month.

Analysts said the tech giant’s performances should have improved in most sectors, including the mainstay handset business, which remained lackluster last year amid the rise of Chinese players in low-end smartphones.

“Due to robust sales of the Galaxy A, E and J series, the combined sales of smartphones are set to reach 820 million units in the first quarter,” said Lee Seung-woo, an analyst at IBK Investment & Securities. “After hitting bottom in the third quarter of 2014, the firm has been on the growth trend.”

Analysts added the initial shipment of the Galaxy S6, which starts full-fledged sales later this week, also propped up the first-quarter results.

The new Galaxy S6 and Galaxy S6 Edge, unveiled ahead of the Mobile World Congress in Spain last month, boast a handful of technology breakthroughs, including the industry’s first wireless-charging batteries and a new mobile payment system. They will also be Samsung’s first smartphones to come with a built-in battery like those produced by U.S. Apple.