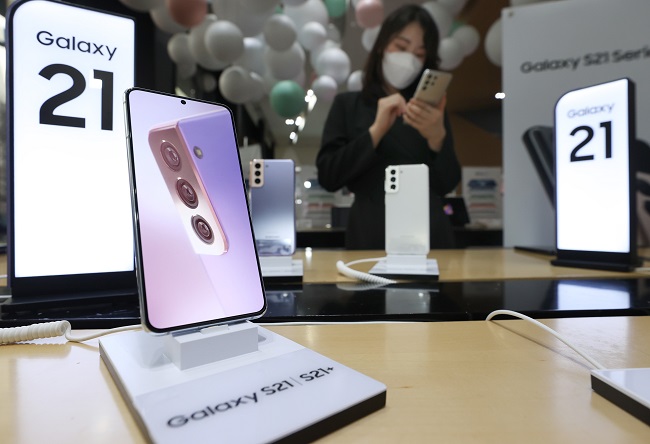 Samsung had a market share of 16.5 percent in the April-June period after shipping 15.6 million units of 5G smartphones powered by the Android operating system, according to market researcher Strategy Analytics.

China’s Xiaomi led the market with a share of 25.7 percent after its shipments soared 452 percent on-year to 24.3 million units. Vivo was the runner-up with an 18.5 percent share followed by Oppo with a 17.9 percent share.

When tallying cumulative Android 5G smartphone shipments since the first quarter of 2019, Samsung came in second behind Huawei.

Samsung, the world’s first supplier of 5G smartphones, has shipped 76.5 million Android 5G smartphones since the first quarter of 2019, while Huawei’s shipments reached 95.2 million units over the period.

Xiaomi came in third in terms of cumulative shipments with 70.4 million units, the data showed.