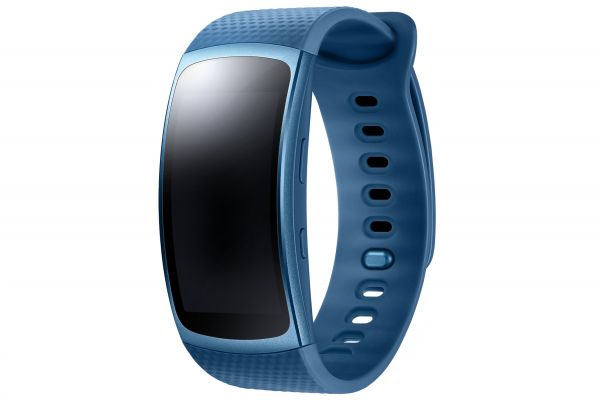 The sporty and stylish wrist band has an embedded GPS and improved sensors, making itself far smarter than the Gear Fit released in 2014, according to sources. (image: Samsung Electronics)

The Gear Fit 2 got off to a smooth start, drawing largely positive feedback from consumers and media.

The sporty and stylish wrist band has an embedded GPS and improved sensors, making itself far smarter than the Gear Fit released in 2014, according to sources.

It automatically detects the type of users’ activities and provides them with tailored fitness guidance in a total of 15 kinds of exercises, including walking, running, cycling, sit-ups, squats and Pilates.

Users can select up to three stats, including workout duration, speed, calories, heartbeats, the number of steps and floors climbed, and the weather.

The Gear Fit 2 keeps reminding users of the need for continued activities and better diet just as a personal trainer does at a fitness center. It also shows the daily amount of water and caffeine intake.

It takes about 10 minutes to install the “Samsung Gear” application onto a smartphone and connect Gear Fit 2 via bluetooth. The watch on the main screen can be changed into nine different types. The slim 1.5-inch curved screen is bright and clear, even in daylight.

“The wearable device market is expanding, centered on smartbands,” an industry watcher said. The Gear Fit 2 is expected to make a global hit, given quite positive responses at home and abroad.” 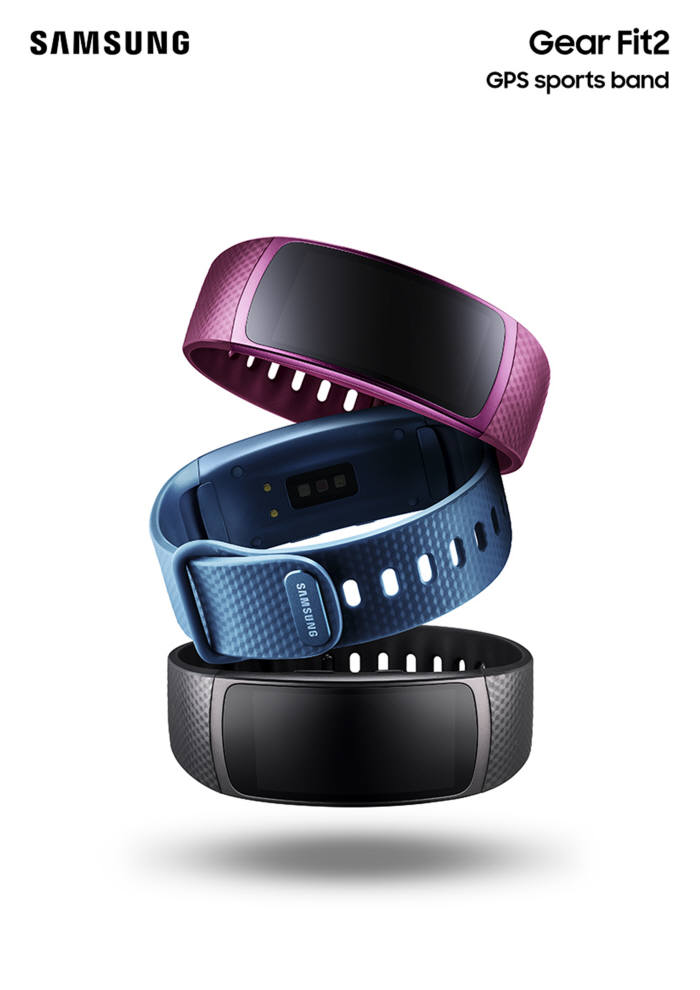