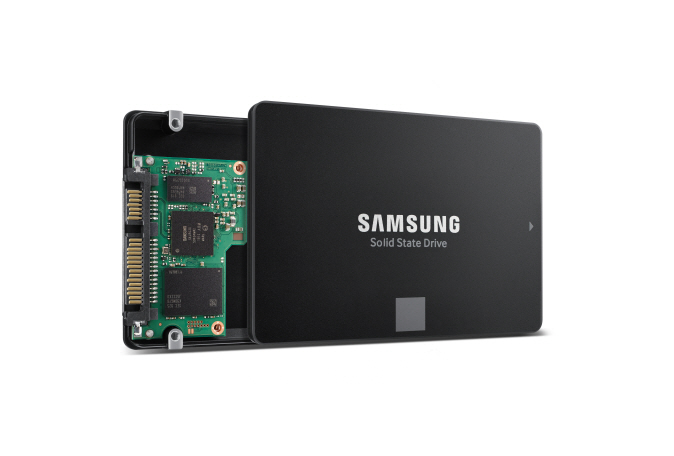 SEOUL, Aug. 27 (Korea Bizwire) — Samsung Electronics Co.’s share of the global NAND flash market in the second quarter of the year dropped slightly compared with three months earlier, a report showed Thursday, although it maintained dominance in the sector.

The South Korean tech giant, also the leader in the DRAM sector, had a 31.4 percent share of the global NAND flash market in terms of revenue in the April-June period, down 1.7 percentage points from a quarter earlier, according to market tracker TrendForce.

Samsung’s revenue from NAND flash products came to a total of US$4.54 billion in the second quarter of 2020, up 0.9 percent from a quarter earlier, according to TrendForce, but other major chipmakers posted larger sales increases over the cited period.

Japan’s Kioxia Corp. was the runner-up with 17.2 percent, down 1.7 percentage points from a quarter earlier, after its revenue dropped 3.1 percent quarter-on-quarter to $2.48 billion.

U.S. chipmaker Western Digital Corp. came in third with a 15.5 percent market share, up 0.3 percentage point from a quarter earlier, after its revenue increased 8.6 percent quarter-on-quarter to $2.23 billion.

South Korea’s SK hynix Inc. moved up one spot to rank fourth on the list with a 11.7 percent market share, up 1 percent from a quarter earlier. Its NAND flash revenue in the second quarter reached $1.69 billion, up 17 percent from three months earlier.

“SK hynix has been successful in introducing its storage products to data centers in North America,” TrendForce said.

Overall, the global NAND flash industry saw its revenue reach $14.5 billion in the second quarter, up 6.5 percent from a quarter earlier, as the pandemic-driven work-from-home trend drove a surge in chip demand.

TrendForce, however, said the NAND flash market is projected to face an oversupply problem in the current quarter since server companies and PC makers are expected to reduce their procurement as they have enough inventory.

“With contract prices of various types of NAND flash products making a downward turn, the total NAND flash revenue for the third quarter of 2020 is now estimated to be relatively on par with the previous quarter,” it said.