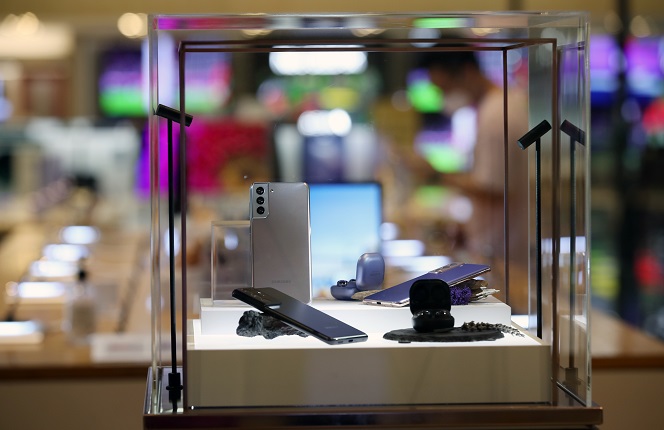 SEOUL, July 30 (Korea Bizwire) — Samsung Electronics Co. retained the top spot in the global smartphone market in the second quarter of the year, a report showed Friday, although its market share declined from the previous quarter due to fewer shipments.

The South Korean giant had a market share of 18 percent in the April-June period, after shipping 58 million Galaxy smartphones, up 7 percent from a year ago, according to a report from market researcher Counterpoint Research.

But compared with the first quarter, its market share was down by 4 percentage points, while shipments declined 24 percent.

“Shipments were down due to weak seasonal demand in some of its key regions, such as India, Central and Latin America, and Southeast Asia followed by a production disruption in Vietnam due to COVID-19,” Tarun Pathak, a research director at Counterpoint Research, said.

“Samsung has also shifted focus toward premium devices over the mid-range series on the supply side in regions, such as the U.S., where supply constraints and low inventory limited its growth.”

Xiaomi Corp. emerged as the world’s second-largest smartphone vendor for the first time with a market share of 16 percent in the second quarter.

The Chinese manufacturer shipped 53 million smartphones, up 98 percent from a year earlier and up 8 percent from the first quarter.

“Xiaomi had its best-ever quarter as it was able to increase its market share in China, Southeast Asia and Europe,” Pathak said.

Apple Inc. slipped to third place with a 14.9 percent share. Its iPhone shipments grew 30 percent on-year to 49 million units in the second quarter but fell by 18 percent quarter-on-quarter.

Chinese brands Oppo and Vivo came in fourth and fifth, respectively, with their market shares staying around 10 percent. 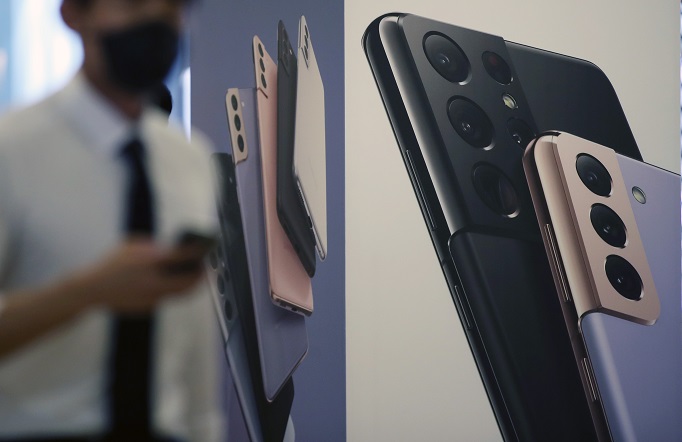 But it was down 19 percent from the previous quarter due to ongoing component shortage issues and the resurgence of COVID-19 across Asia and Europe, according to Counterpoint Research.

Worldwide smartphone shipment revenue increased 25 percent on-year to US$96 billion in the second quarter, but the amount was down 16 percent from a quarter earlier due to supply constraints.

In terms of revenue, Apple was the dominant leader with a market share of 41 percent, up from 34 percent a year earlier, on the back of strong demand for the iPhone 12 series.

Samsung was the runner-up with a 15 percent revenue share in the second quarter, down from a 17 percent share a year ago. Its second-quarter revenue dropped by 30 percent on-quarter despite a 7 percent increase on-year, Counterpoint Research said.

Xiaomi came in third with a 9 percent revenue share, up from 6 percent a year ago, as it collected its highest-ever smartphone revenue in the second quarter.