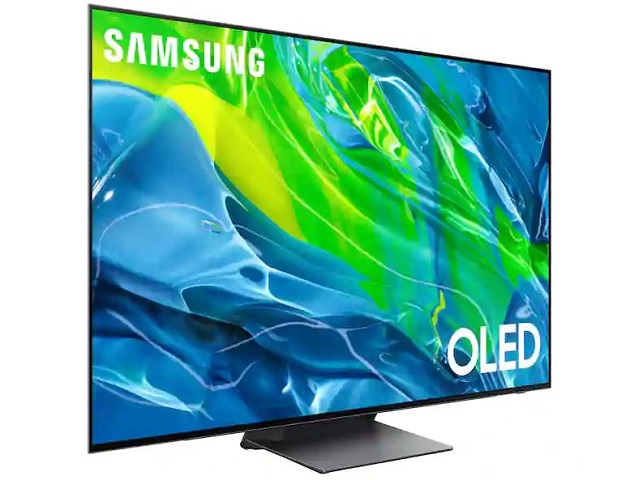 This photo provided by Samsung Electronics Co. on March 18, 2022, shows its QD-OLED TV.

The South Korean tech giant said it has started to take preorders for 65- and 55-inch 4K QD-OLED TVs, which use self-emitting quantum-dot (QD) displays and OLED technology.

The prices start from US$3,000 and $2,200, respectively, and the new products will be shipped next month.

Samsung Electronics had said it planned to roll out QD-OLED TVs within this year, with an original shipment target of 1.5 million units.

The company did not disclose the release date for its home market, citing a supply shortage of the panel.

With the launch, the global premium TV market is in for serious competition.

Samsung has said it was working to diversify premium TV lineups and create various form factors, and an 89-inch Micro LED TV, Samsung’s highest premium TV segment, will be released after May.