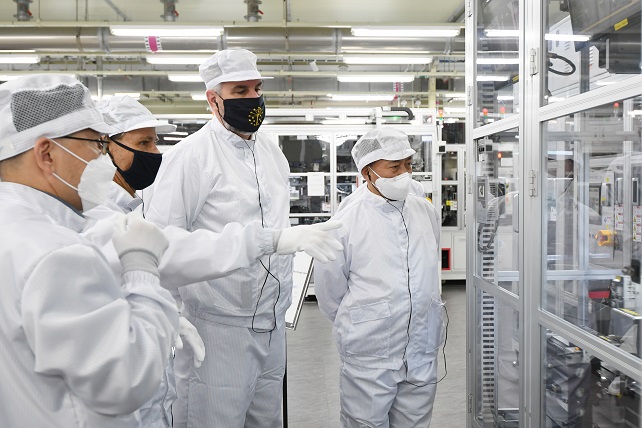 Choi Yoon-ho, CEO of Samsung SDI, met with Indiana Gov. Eric Holcomb and Bradley Chambers, the secretary of commerce for the state of Indiana, during the delegation’s visit to Samsung SDI’s production site in Cheonan, about 90 kilometers south of Seoul, on Thursday, the Korean company said in a release.

They discussed ways to further cooperation efforts and the progress regarding Samsung SDI’s US$2.5 billion joint venture with Stellantis to build an electric vehicle battery manufacturing facility in Kokomo, Indiana.

In May, Samsung announced the joint venture with the Chrysler parent to build the plant by 2025. The 23-gigawatt hour plant will supply lithium ion battery cells and modules for electric vehicles produced at Stellantis’ assembly lines in North America.