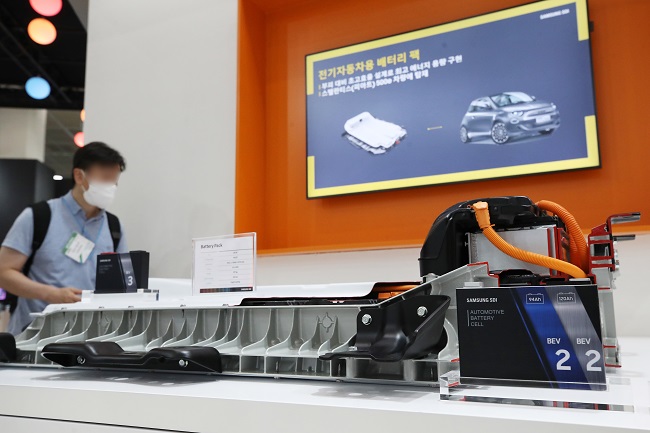 SEOUL, March 29 (Korea Bizwire) — South Korean battery makers LG Energy Solution Ltd. and SK On Co. are stepping up to expand production facilities overseas. Samsung SDI, on the other hand, is still on a cautious lookout.

Unlike the other two companies, Samsung SDI Co. has yet to unveil its current production capabilities and plans for expansion.

“Samsung SDI is taking a more conservative approach to oversea production facilities than LG Energy Solution and SK On,” SK Securities said in a recent report.

Some argue that Samsung SDI is choosing to focus on R&D instead of production investment, in order to secure a leading role in battery tech.

In fact, business reports from the three companies in 2021 showed that Samsung SDI spent 877.6 billion won (US$719 million) on research and development, the most among all three companies.

Samsung SDI’s R&D spending accounted for 6.5 percent of total sales, which was higher than LG Energy Solution (3.7 percent) and SK Innovation Co., the parent company of SK On (0.78 percent).

The company recently began construction of an all-solid-state batteries pilot line at the SDI Research Institute in Suwon, Gyeonggi Province, aiming for the start of mass production in 2027.