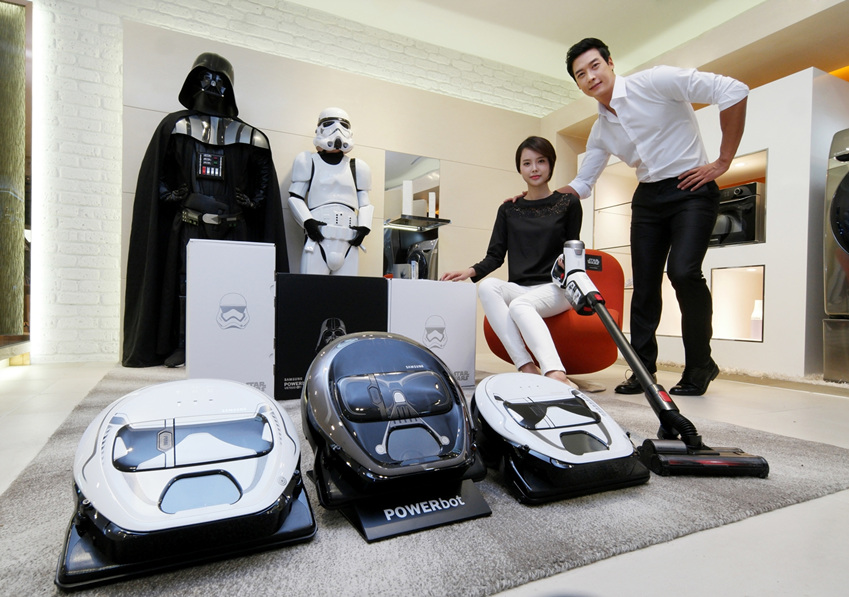 The South Korean tech giant said the new robot and wireless vacuum cleaners are modeled on characters from the movie series created by George Lucas.

The price tags on the Darth Vader- and Stromtrooper-themed PowerBot robot cleaners stand at 799,000 won and 699,000 won, respectively.

The wireless cleaner PowerGun, shaped like a gun from the movies, will be priced at 999,000 won. Official sales will start Nov. 6, Samsung said.

The launch comes ahead of Lucasfilm’s release of a new movie, “Star Wars: Last Jedi,” slated for later this year.