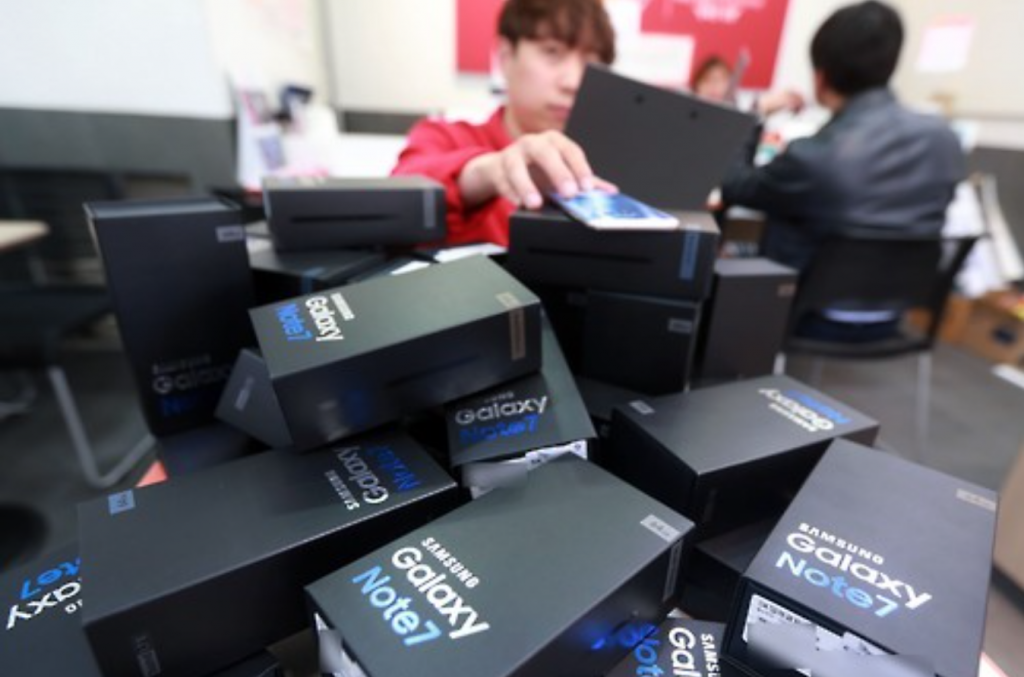 The company said around 97 percent of the Galaxy Note 7 sold in South Korea were retrieved so far. (image: Yonhap)

SEOUL, March 24 (Korea Bizwire) – Samsung Electronics Co. said Friday it will completely disable the charging of the faulty Galaxy Note 7 phablets that have not yet been returned, starting later this month through software updates.

Samsung launched the Galaxy Note 7 last year, but the sales were soon suspended on reports of some of the devices catching fire while being charged.

The tech giant has been rolling out replacement programs while limiting the products’ batteries from being charged beyond certain levels. The latest update will completely prevent users from using the product.

The similar measures, including shutting off access to networks, are already implemented in other countries, Samsung added.

The company said around 97 percent of the Galaxy Note 7 sold in South Korea were retrieved so far.