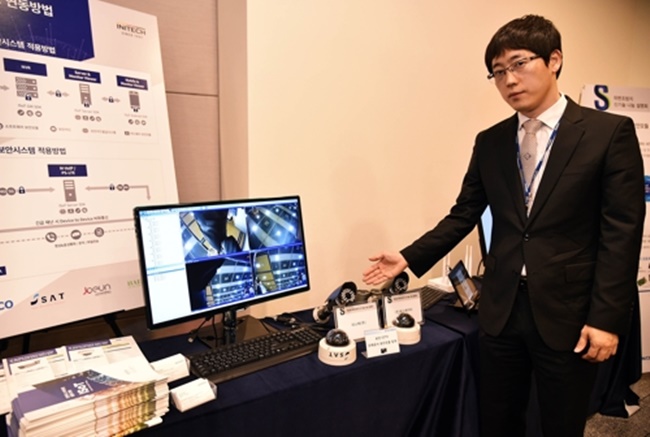 According to KOMSCO, the new technology can also encrypt private information even when devices are hacked so as to prevent sensitive information from being disclosed. (Image: KOMSCO)

The Korea Minting, Security Printing & ID Card Operating Corp, also known as KOMSCO, held a press briefing on Wednesday at the headquarters of the Korea Chamber of Commerce & Industry, during which the company showcased a number of new technologies including an IoT-based security module that protects IT devices from attempts of information theft.

According to KOMSCO, the new technology can also encrypt private information even when devices are hacked so as to prevent sensitive information from being disclosed.

During the press briefing, other technologies were also introduced, including a hybrid security label integration solution that can be used in conjunction with a mobile app to authenticate products ranging from cosmetics, medicines, and clothes to auto components.

Using the special labels made of smart 3D films and special substances, which come with security patterns, anyone with a smartphone can download the authentication app and inspect the authenticity of products, KOMSCO officials explained.

Along with the hacking protection and product authentication technologies, special paper that can detect so called ‘fake gasoline’ consisting of chemical mixtures was also introduced.

The color of the paper changes within two minutes when it comes in contact with so-called ‘fake’ gasoline, referring to adulterated gasoline, and the paper is set to be used at 25 vehicle inspection centers around the country from next month.

In addition, another paper-based authentication technology for cosmetics products and red ginseng also received attention at the briefing.

“We hope the newly released anti-forgery technology can grow together with small and medium-sized enterprises,” said KOMSCO CEO Kim Hwa-dong. 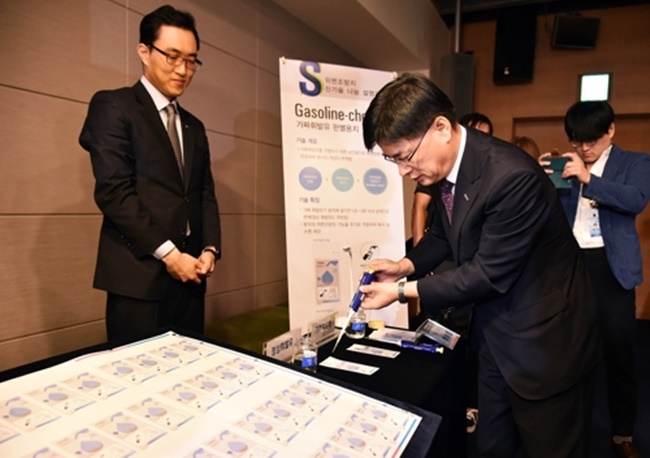 KOMSCO’s new anti-hacking technology comes at an opportune time, as a growing number of home security camera hacking cases have been reported in recent months.

According to the Gyeonggi Provincial Police Agency earlier this week, a group of hackers was arrested after hacking over 1400 cameras since April and illegally uploading video footage of women changing their clothes in a dressing room.