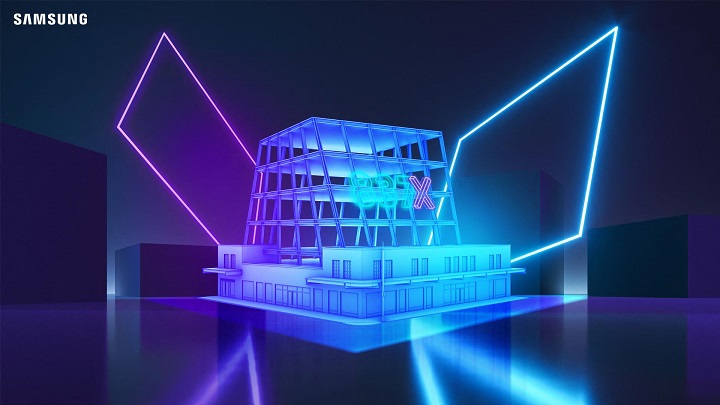 The image provided by Samsung Electronics Co. shows the Samsung 837X, built inside the blockchain-powered metaverse Decentraland, where visitors can check out the Galaxy S22 series.

SEOUL, May 6 (Korea Bizwire) — Samsung Electronics Co. is accelerating its research and development of metaverse-related technologies in a bid to nurture its new growth engines, joining the growing list of global tech firms that are betting big on the new field.

Samsung Vice Chairman Han Jong-hee has recently discussed the topic with a number of employees and reaffirmed the company’s plan to roll out “Samsung’s version of the metaverse,” according to the sources.

Metaverse is a broad — and often vague — term for a virtual world where people digitally interact with others.

“We will create Samsung’s version of the metaverse. Please come up with many ideas and help materialize them,” Han was quoted as saying.

It was not the first time the top executive had mentioned the need to delve into the emerging technology, seen as the next big thing in the global tech industry.

Facebook officially changed its name to Meta in November, believing the metaverse is “the next evolution of social connection.”

Han chose the metaverse and robotics as the tech giant’s new growth areas at the March annual shareholders’ meeting.

“We will launch metaverse devices and solutions to enable customers to experience the new technology wherever they are,” he said at that time.

Han also made similar remarks during the 2022 MWC in Barcelona, Spain, in February.

“We are working on a metaverse device, which is the talk of the town at the moment. Preparation has been going smoothly. Please look forward to the launch,” he said.

Samsung, the world’s largest memory chip and mobile phone maker, has recently set up a task force dedicated to the subject, which reports directly to Han, and is reportedly developing a virtual reality headset under the Galaxy name as its first metaverse-related product.

Samsung Research, the R&D hub of the company’s Device eXperience (DX) unit, is studying “the next-generation display technologies and device prototypes,” as well as various utilization scenarios, according to the company. 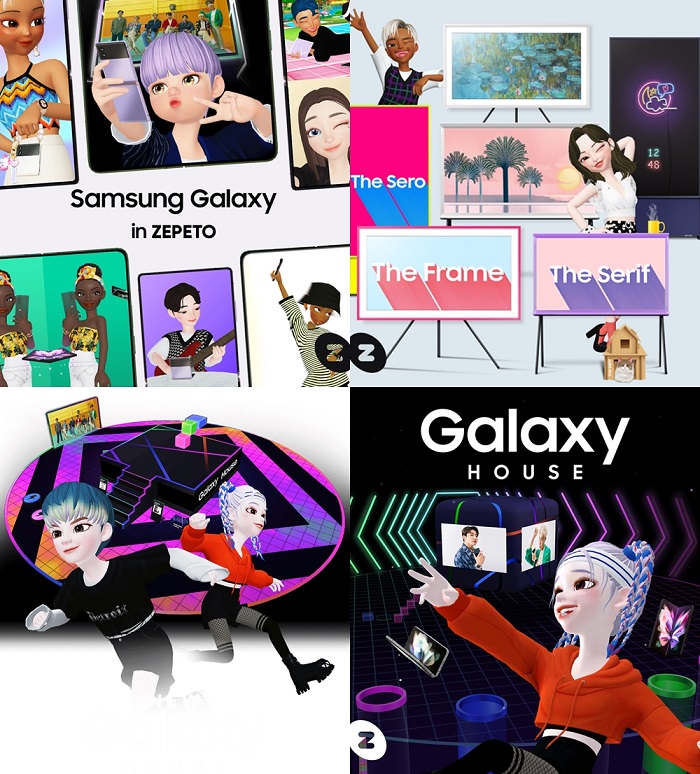 The image provided by Samsung Electronics Co. on Dec. 31, 2021, shows My House, a metaverse platform.

Samsung has also used the metaverse for marketing and entertainment purposes.

At the CES 2022, the company showcased its new online platform, My House, in which users can decorate their virtual home with Samsung’s home appliances.

The project was made jointly with Naver Z’s Zepeto, Asia’s biggest metaverse platform, in order to expand communication channels with young people who are comfortable with using the digital space to create virtual identities.

“Since home appliances tend to be big, it’s difficult to actually try placing them in users’ own spaces,” Kwon Young-woong of the company’s global marketing center said.

“Users will be able to have the special experience of gaining a deeper understanding of their preferences and customizing their spaces,” he added.

Another metaverse event, which also took place in January, did not go as smoothly as the company had hoped.

Samsung built a virtual store, Samsung 837X, which is a replica of its real-life flagship New York store, on the blockchain-powered virtual world Decentraland to showcase its latest flagship Galaxy S22 series.

“The metaverse empowers us to transcend physical and spatial limits to create unique virtual experiences that could not happen otherwise,” said Michelle Crossan-Matos, senior vice president of the corporate marketing communications team at Samsung Electronics America.

But the live event was met with skepticism from some industry experts and users, after many of them were unable to attend the virtual event due to technical difficulties.

One Twitter user called the experience a “convoluted mess” and said, “I hate how people turned the word ‘metaverse’ into a buzzword.”

One thought on “Samsung to Expedite Metaverse Technology Development”