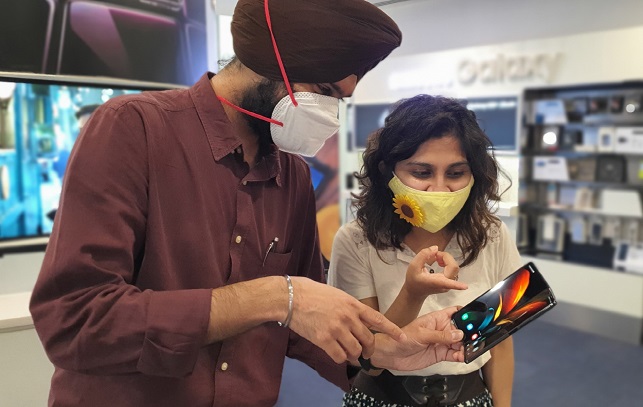 This photo, provided by Samsung Electronics Co. on Sept. 18, 2020, shows Indian consumers looking at the company’s Galaxy Z Fold 2 smartphone at a store in Gurugram, India.

The new Galaxy F lineup is expected to have mid-to-low-end smartphones focusing on cameras.

Samsung has not confirmed any information on the first Galaxy F smartphone, but foreign tech reviewers predicted that the Galaxy F41 will be the first one to make a debut.

The Galaxy F41 is rumored to have a waterdrop notch display and feature a triple-rear camera setup.

But with growing anti-China sentiment in India, following a deadly border clash between the two nuclear-armed neighbors, Samsung has been trying to increase its market share in the South Asian nation.

The company recently released the Galaxy M31s and the Galaxy M51 in India and held various promotions to boost sales.

As Chinese brands are expected to struggle in India, other smartphone manufacturers are also looking to increase their sales there.