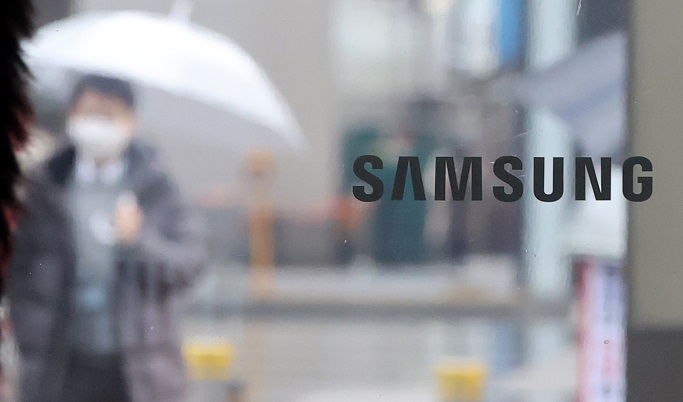 This photo, taken on Jan. 26, 2021, shows the corporate logo of Samsung Electronics Co. at its office building in Seoul. (Yonhap)

SEOUL, Jan. 28 (Korea Bizwire) — Samsung Electronics Co. said Thursday it will pay record dividends to shareholders later this year and more through 2023 to improve its shareholder value, a move that is also seen to smooth out leadership succession for Samsung Group heirs.

Samsung will pay a total of a record 13.12 trillion won (US$11.8 billion) in dividends to shareholders for the 2020 fiscal year in April, the tech giant said.

“The board approved a one-time special cash dividend of 10.7 trillion won,” the company said.

Samsung’s special dividend of 1,578 won per common share was far higher than the market estimate of around 1,000 won.

The tech behemoth also announced a new three-year shareholder return initiative that centers on allocating 9.8 trillion won as dividends annually, half of its estimated free cash flow (FCF) for the 2021-2023 period.

FCF refers to the cash left over after a company pays its taxes, operating expenses and capital expenditures.

Its new dividend payout plan is more shareholder-friendly than the previous one, in which it allocated 9.6 trillion won annually for the 2018-2020 period.

“To enhance predictability, Samsung will share the annual FCF at the end of each year. If a significant amount of expected return is generated, Samsung will actively consider paying a portion of it at the close of each year’s results,” the company said.

Samsung heirs are estimated to pay around 11 trillion won in inheritance taxes for the late chief’s stock assets worth around 19 trillion won.