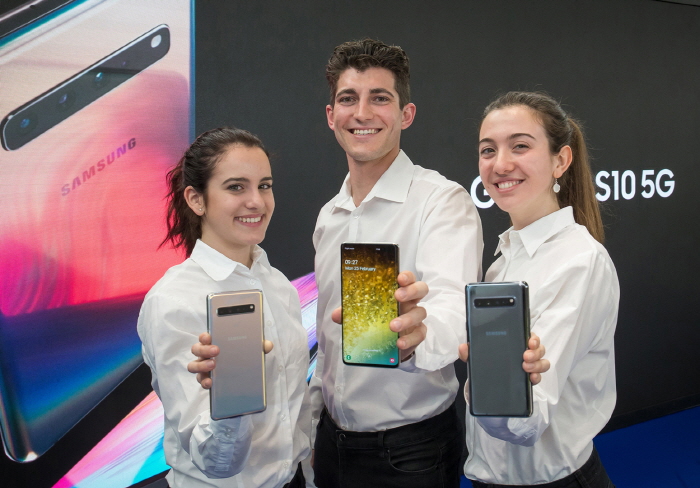 Samsung is expected to unveil its flagship device in early August, with an official launch eyed for later in the month, they noted.

While Samsung introduced its flagship Galaxy S10 smartphone in four variants, including one 5G model released in April, the phablet will only support 5G in the domestic market.

“The Galaxy Note 10 will be more expensive than its predecessor, while negotiations for its shipping prices are currently under way with Samsung,” an official at a local carrier said.

“Consumers may be able to buy phones at much cheaper prices than the price tags if telecom operators continue to provide big subsidies for 5G phones,” the official said.

The Galaxy S10 5G’s price starts at 1.39 million won, but the actual purchase price was much lower as local carriers expanded subsidies to attract more customers to their expensive 5G subscription plans.