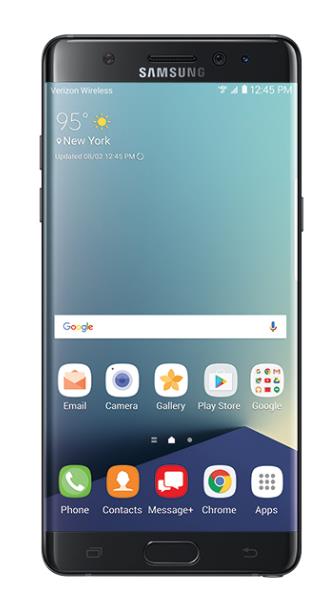 “In spite of the recall situation, I understand that there is no change in the plan to release the Galaxy Note 7 Black Onyx in the middle of October,” the Samsung official said. (image: Yonhap)

The Note 7 is available in four colors — Black Onyx, Silver Titanium, Gold Platinum and Blue Coral. The silver, gold and blue phones hit stores last month, while the black phone has been scheduled to be released in the middle of next month.

“In spite of the recall situation, I understand that there is no change in the plan to release the Galaxy Note 7 Black Onyx in the middle of October,” the Samsung official said.

The move means that Samsung plans to resume sales of the Note 7 next month.

Samsung announced a global recall of the Note 7 smartphones last week after some of their batteries caught fire while being charged. Samsung also halted sales of the Note 7 in 10 countries and offered Note 7 owners the opportunity to replace their devices with new ones of the same color.

The massive recall and replacement programs look set to dent Samsung’s profits in the third quarter.