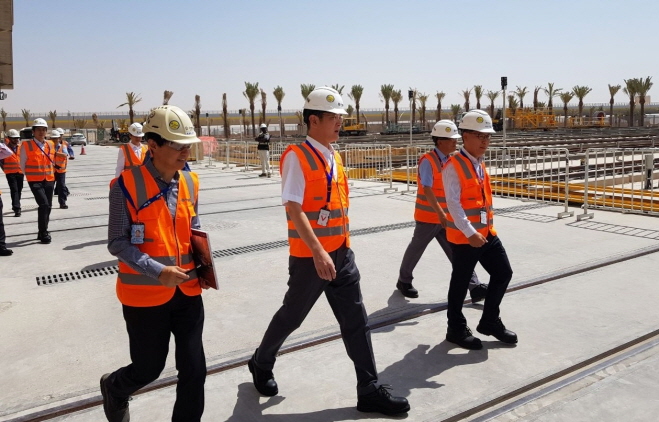 Under an agreement with Qiddiya Investment Company (QIC), Samsung will collaborate with Saudi officials on the development of an entertainment hub in Qiddiya, 40 kilometers southwest of Riyadh.

A memorandum of understanding (MOU) was signed by the two sides on Tuesday at the Future Investment Initiative in Riyadh.

Neither side revealed the value of the deal.

The signing of the MOU “demonstrates our commitment to achieving our dual goals of creating an unprecedented destination that enriches the lives of Saudi citizens while driving social and economic diversification within the Kingdom of Saudi Arabia,” Michael Reininger, CEO of QIC, said in comments posted on the company’s website.

The project involves building theme parks, resorts, hotels and shopping malls on a 334-square-kilometer site — about twice the size of Washington D.C.

The first phase of the project is expected to be finished by 2022, with final completion set for 2035.