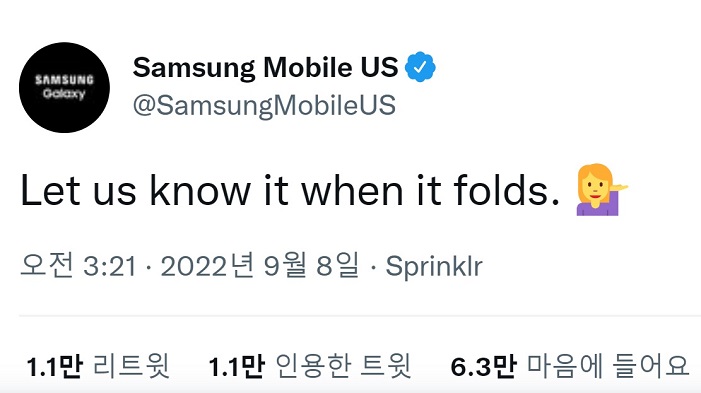 The South Korean tech giant’s U.S. branch said in a tweet to “Let us know when it folds”, hinting at Apple’s lack of innovation in the form factor of its devices while Samsung continues to promote its foldable phones.

Prior to the unveiling of the iPhone 14 series on Sept. 2, Samsung’s U.S. branch posted a video on YouTube targeting Apple.

The video emphasized the Samsung phone’s foldable features, 108MP camera and 100x space zoom functions, all of which are unavailable on Apple’s iPhones.

“Samsung’s innovation is not coming soon to an iPhone near you, and it’s already here in the Galaxy,” the tech giant said.

Samsung has been undertaking a series of marketing offensives against Apple, earlier mocking the iPhone’s lack of a headphone jack and the company’s decision to no longer offer chargers with its phones.