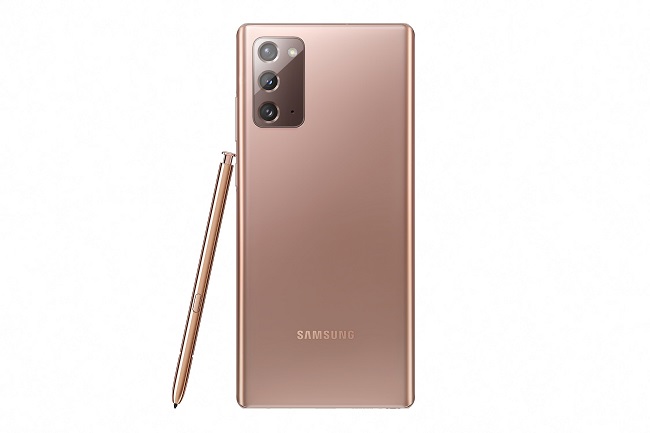 At its Galaxy Unpacked online event on Wednesday, the South Korean tech giant unveiled the Galaxy Note 20 phablet and the Galaxy Z Fold 2 foldable smartphone, along with the Galaxy Watch 3 smartwatch, the Galaxy Buds Live wireless earbuds and the Galaxy Tab S7 tablet.

Samsung has held the Galaxy Unpacked event in the United States in recent years to showcase its latest mobile devices, but the company went online-only for the first time due to the COVID-19 pandemic.

“Never before have we relied on technology like we are today,” Roh Tae-moon, Samsung’s mobile business chief, said during the event.

“Alone, these devices are powerful tools to help you maximize work and play. Together, as part of the Galaxy ecosystem, they work together seamlessly so you can spend your time focused on what matters most.”

Both have larger screens than their predecessors. The Note 10 was released with a 6.3-inch display last year, while the Note 10 Plus had a 6.8-inch screen. 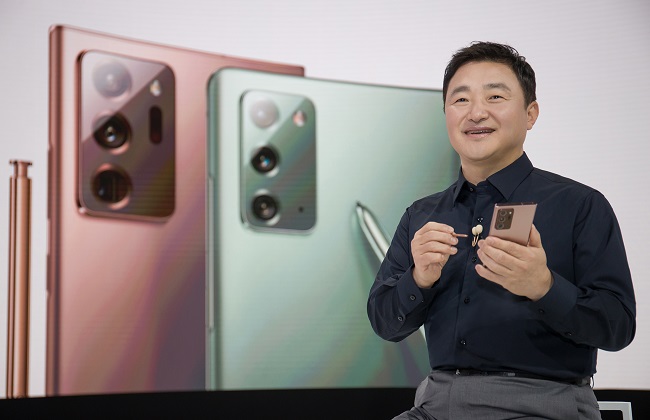 Its S Pen boasts 9 milliseconds of latency, 80-percent faster response time than its predecessor, according to Samsung. The stylus also has upgraded “air actions” feature, a touchless gesture control that allows users to easily control their smartphones.

“The Note 20 Ultra is designed for power users who demand the most powerful experience,” Roh said. “For anyone new to the Galaxy Note community, the Note 20 will give them the core Note features to power their work and play experiences.”

The Note 20 series will support some 100 games on Project XCloud, a video game streaming platform run by Microsoft Corp., making the device a portable game console.

Samsung said Microsoft will launch the Xbox Game Pass Ultimate gaming service on Sept. 15, and the Note 20 users will get a free three-month pass. The company will also sell a Bluetooth-powered game controller for the Xbox games.

The Note 20 series will be launched on Aug. 21, with preorders starting Friday in South Korea. 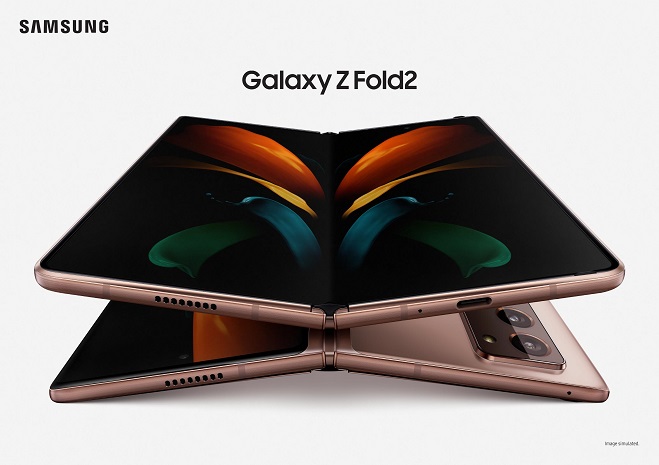 The Galaxy Z Fold 2 is the follow-up to Samsung’s original foldable smartphone, the Galaxy Fold, which was launched last year.

The company added “Z” in the name to consolidate its foldable smartphones under one brand. The Z lineup currently includes the Galaxy Z Flip, a vertically folding phone.

The Galaxy Z Fold 2 features a 7.6-inch screen when unfolded, while having a 6.2-inch cover display, both larger than its predecessor’s 7.3-inch and 4.6-inch displays. It packs a 4,500mAh battery.

Samsung said it will announce detailed specs, launch date and price of the Galaxy Z Fold 2 on Sept. 1, with preorders also starting on that day.

“This device is unlike anything else on the market,” Roh said. “It will provide a transformative experience.”

Like the Galaxy Z Flip, Samsung said it will also release the limited edition of the Galaxy Z Fold 2 in partnership with fashion brand Thom Browne.

Samsung hopes new handsets can improve its smartphone sales amid the pandemic.

In the second quarter of the year, Samsung’s IT & Mobile Communications (IM) division posted 20.75 trillion won in sales in the April-June period, down 19.7 percent from a year earlier, although its operating profit surged 25 percent on-year to 1.95 trillion won on reduced marketing expenses and cost management.

The company also dropped to the second spot in global smartphone shipments in the second quarter of the year amid the pandemic.

According to data from market researcher International Data Corp. (IDC), Samsung shipped 54.2 million smartphones in the second quarter of the year to take a market share of 19.5 percent.