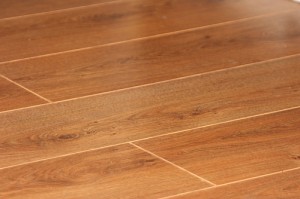 The number of patent applications related to muffling noise in collective housing units for the nine months in 2013 was 73, up 24 in the whole year of 2012. (image:garethr@flickr)

SEOUL, Korea, Dec 02 (Korea Bizwire) – As more and more people live in collective residences such as apartments, the issue of noise between floors has become more serious and prevalent, often leading to disputes among neighbors and violence. As if to reflect the social attention to this problem, the number of patents related to soundproofing technology between floors and walls is rapidly on the rise.

According to the Korea Intellectual Property Office, the number of patent applications related to muffling noise in collective housing units for the nine months in 2013 was 73, up 24 in the whole year of 2012. The percentage of these technologies in the total floor-related patents has also risen to more than 50 percent.

The technologies to reduce noise between floors can be divided into two types. One is based on a multi-layered buffer structure, just like layers of rubber sole in shoes to absorb the shock. The other uses layers of air underneath the floor, which is superior in noise-reduction properties although thicker in the floor structure.

A KIPO official said, “In the future the issue of between-floor noise will get more serious and more patent applications will address this problem in increasingly cost-effective ways. In the long run, it is desirable for the government to consider introducing a regulation to mandate the use of noise-reduction technology when building collective housing units.”