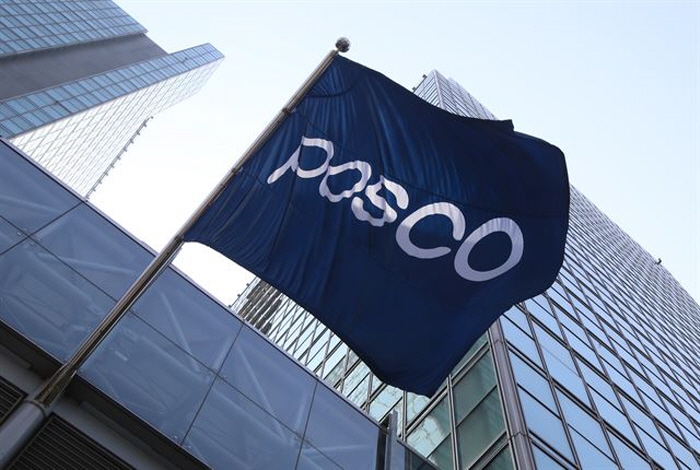 POSCO likely will sign a comprehensive cooperation deal with South Arabia’s sovereign wealth fund next month that includes the sale of a stake in its construction unit. (image: Yonhap)

POSCO was supposed to complete the deal with the Public Investment Fund (PIF) earlier last month to sell a 38 percent stake in POSCO Engineering & Construction for about US$1 billion.

The process, however, has been in limbo since the prosecution launched an investigation into POSCO E&C on charges of creating a slush fund in mid-March.

Late last month, Saudi Arabia’s finance minister and other officials visited Seoul where they were known to have met with POSCO Chairman Kwon Oh-joon and promised to keep pushing for the stake purchase.

According to the sources close to the matter, POSCO will likely complete its negotiations with PIF and sign an official deal in mid-May at the earliest.

A POSCO official expressed optimism, saying, “There are no big roadblocks or new risk factors.” He added that there are chances that the final deal will be completed next month.

With the deal, PIF plans to establish a joint venture with POSCO E&C that will spearhead infrastructure projects in Saudi Arabia.

Also, Daewoo International, a trading arm of POSCO, is seeking to buy a 15 percent stake in a car company led by PIF for about 60 billion won, a move aimed at actively joining the car making process ranging from auto design and parts supply to assembly.

In a related move, Daewoo International met with officials of the car company on May 6-8 to discuss cooperation, and held a job fair on May 9 at the request of the Saudi side to secure workers needed for the new business, sources said.