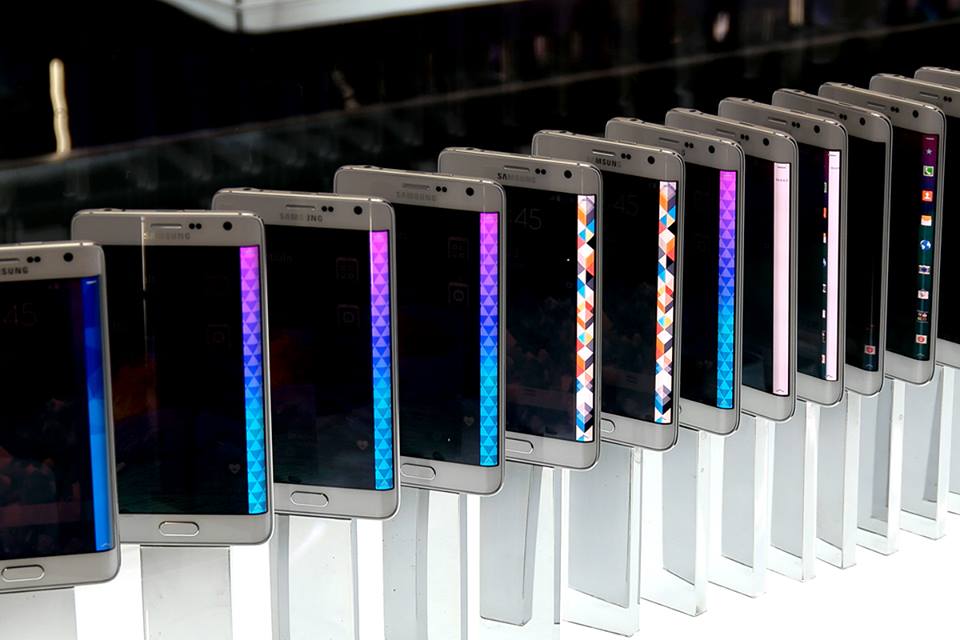 In terms of sales volume, Samsung took up 27.8 percent of the global smartphone market in the January-March period, up from 24.7 percent three months earlier. (image: Samsung Electronics)

In terms of sales volume, Samsung took up 27.8 percent of the global smartphone market in the January-March period, up from 24.7 percent three months earlier, according to the data by market tracker TrendForce.

Huawei Technologies Co. of China emerged as the No. 3 player with a market share of 7 percent in the first quarter of 2015, moving up two notches from three months earlier.

Samsung’s first-quarter rebound apparently came as its new low-end models, including the Galaxy A, E and J series, chalked up sound performances, industry watchers said, adding that sales are expected to enter a full-fledged recovery phase, helped by the recent rollout of the Galaxy S6 series.

“TrendForce estimates the shipments of these two flagship models will surpass 20 million units in the second quarter,” the researcher said.

“Smartphone giants Samsung and Apple maintain their number one and two positions, and the former is projected to ship more than 80 million units in the second quarter while the latter will ship about 45 million,” it added.

Featuring groundbreaking batteries that can be charged on a wireless basis, the Galaxy S6 and the Galaxy S6 Edge have been receiving positive feedback from the market, casting a brighter outlook on Samsung’s performances down the road.

In the fourth quarter of 2014, Samsung Electronics saw its operating profit from the mainstay mobile business plunge 64 percent on-year to 1.96 trillion won (US$1.8 billion).

The tumble was attributed to Chinese companies’ increased presence in the low-end sector and the rising popularity of Apple’s iPhone.

Other industry trackers, however, offered gloomy sales estimates for Samsung, with Strategy Analytics suggesting that Samsung and Apple sold an equal amount of smartphones in the October-December period.

Counterpoint Research even said that Apple posted a market share of 20.2 percent in the fourth quarter, beating Samsung’s 20 percent.