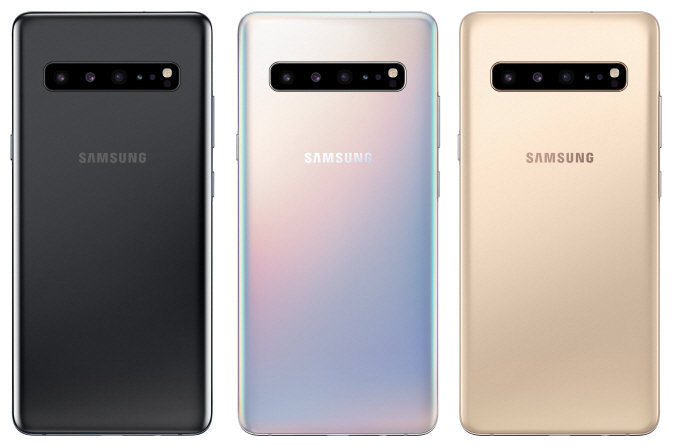 SEOUL, May 17 (Korea Bizwire) — Samsung Electronics Co. said Friday that its Galaxy S10 5G went on sale in the United States to run on Verizon’s network in Chicago and Minneapolis, stepping up the rollout of the 5G smartphone in the global market.

The South Korean tech giant launched its first 5G smartphone on home turf in early April and has introduced the device in the U.S. with Verizon at a starting price of US$1,300.

Verizon has been selling the Moto Z3, a 4G smartphone that can connect to 5G with an attachment, since last month, but the latest Galaxy series is the first dedicated 5G phone in the U.S., with an embedded modem and chipset for the new network standard.

Samsung launched three variants of the Galaxy S10 in the U.S. in March, and the 5G model completes the flagship series in the major market.

The world’s largest smartphone vendor is also set to release its 5G device in seven countries in Europe with major telecoms, starting from Britain on June 7.

Samsung is expected to launch its 5G smartphone in China in the latter half of this year in partnership with a local carrier, according to industry officials.

Samsung has promoted its “end-to-end 5G solution,” stressing its commercialization expertise in South Korea and the U.S. to lead the 5G network market.

Samsung claims a competitive edge with its own network solutions, including the Exynos line of 5G modems and radio frequency (RF) chips for 5G smartphones.

Its bid to highlight its 5G solutions also comes at a time when Huawei has been under heavy attack from the U.S. government, which is raising security concerns over its 5G equipment.

“With the advent of 4G, speed was the only key improvement, but it is different with 5G,” Choi Won-joon, head of the flagship R&D team, said. “We consider 5G technology to be a key underlying technology that can enable a truly new, non-mobile-exclusive broadband market.”

Its smaller rival, LG Electronics Inc., also plans to launch its first 5G smartphone, V50 ThinQ, in the U.S. later this month at a price of $1,152 to target the premium market.

Sprint started accepting pre-orders from Friday for the official launch on May 31, which will be available in four cities — Atlanta, Dallas, Houston and Kansas City — according to its website.