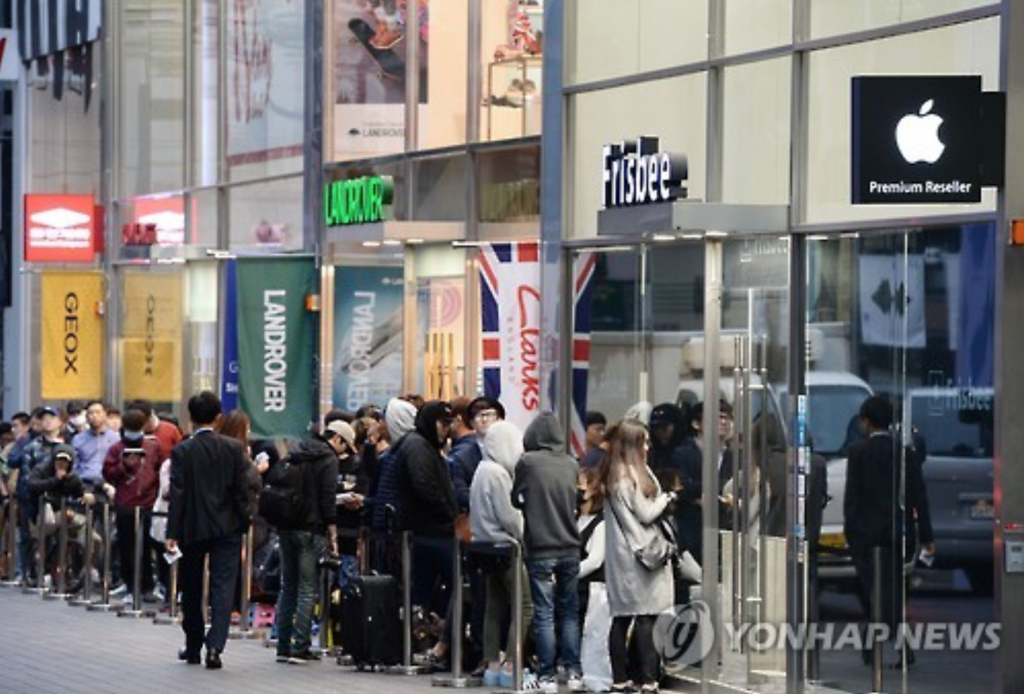 People wait in long lines in front of a Frisbee shop in Myeongdong, downtown Seoul, on Oct. 21, 2016, to buy the new iPhone 7. (image: Yonhap)

The country’s three major mobile carriers — SK Telecom Co., KT Corp. and LG Uplus Inc. — released the iPhone 7s and iPhone 7s Plus for sale via their retail stores across the country. 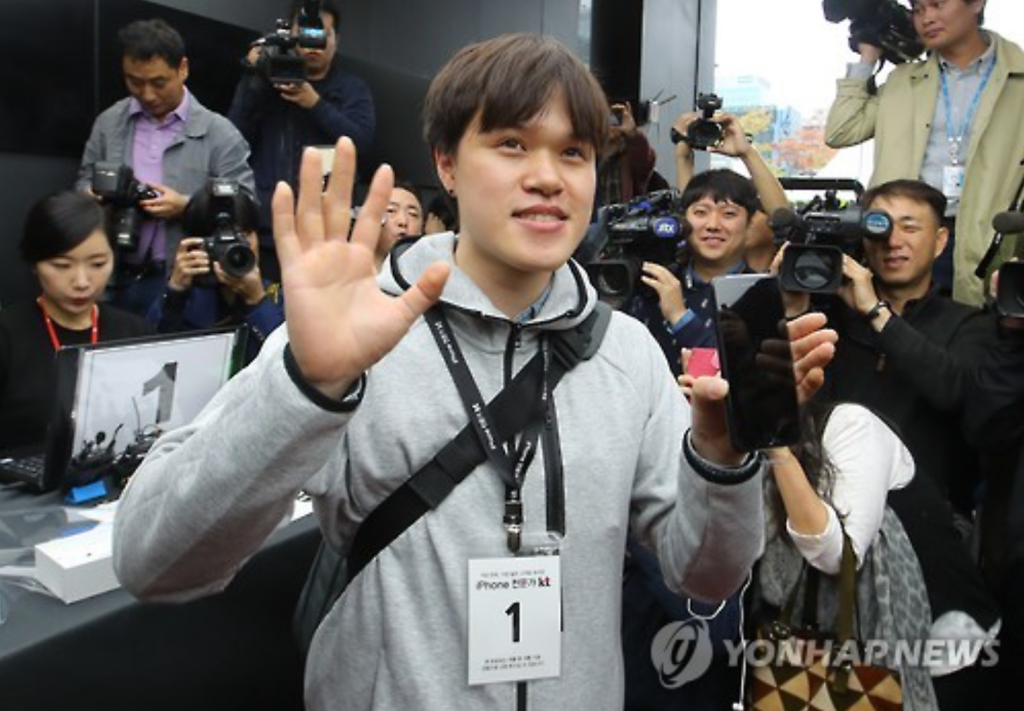 Yoo Byung-moon poses with his iPhone 7 at KT headquarters in downtown Seoul on Oct. 21, 2016. (image: Yonhap)

Yoo Byung-moon, a 25-year-old businessman operating in Seoul, became the first buyer of an iPhone 7 from KT Corp. Yoo, who waited in front of the KT headquarters in Gwanghwamun, downtown Seoul, for four days since Tuesday afternoon, was awarded by KT financial benefits worth 2.3 million won in celebration of his first subscription.

The release of the new iPhones came as Samsung Electronics Co. is struggling to win back public trust in South Korea and around the world following battery problems with its Galaxy Note 7.

Samsung Electronics halted production of the flagship Note 7 smartphone earlier this month after some of the devices caught fire.

Also Friday, Apple began sales of its new Apple Watch Series 2 that has features such as a built-in GPS and heart rate sensor. The smartwatch is available for 459,000 won.