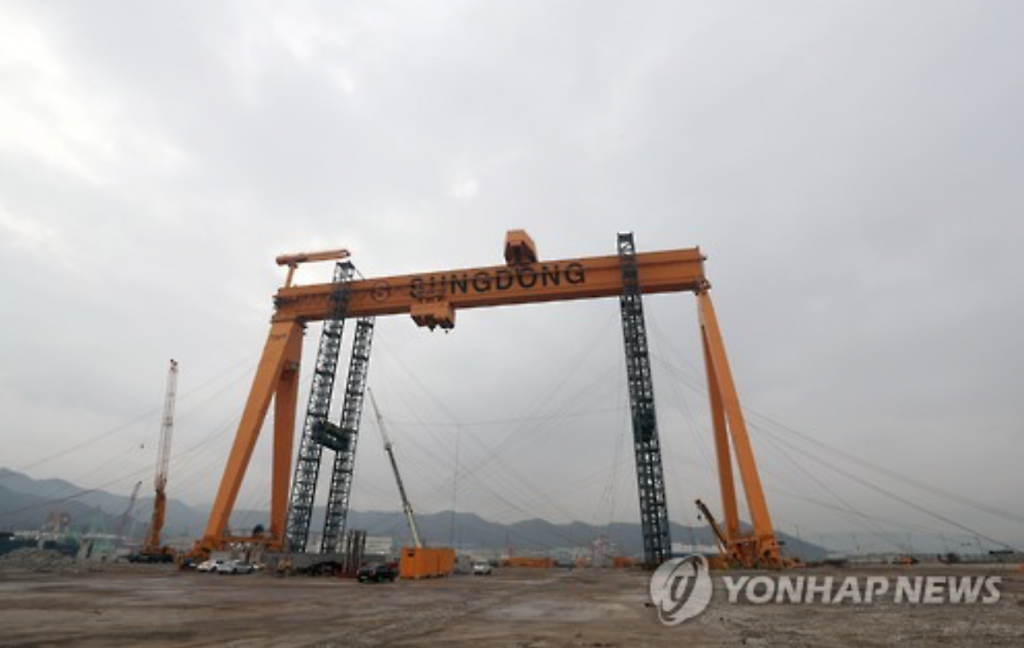 “It was sold at a much cheaper price (than it was put out in the market), but with the Romanian firm paying for the dismantling, shipping, and installation of the crane.” (image: Yonhap)

CHANGWON, South Korea, Dec. 19 (Korea Bizwire) – The iconic 105-meter gantry crane from Sungdong Industrial Co.’s Masan shipyard is being dismantled, set to bid its home farewell after less than a decade of service, with the locals and the media are calling the event the “Tears of Masan” – taken from “Tears of Malmö.”

Tears of Malmö refers to the Kockums crane that was sold off to Hyundai Heavy Industries in 2002 for a mere $1 following the decline of the Swedish shipbuilding industry. Korean media gave the crane the title after thousands of Malmö residents shed tears as they watched their symbolic landmark shipped away.

Rumors that Sungdong’s crane would be sold off at a fire sale price started circulating in 2013, after the company suffered serious financial troubles following the 2008 economic crisis.

However, the 700-ton goliath crane struggled to find a new owner in Korea due to the downturn of the local shipbuilding industry.

With other manufacturers also selling off equipment to make up for losses, the price of the crane, which was initially appraised at 19 billion won ($16 million), was ultimately lowered to 3 billion won. The crane cost 27 billion won to build in 2008. 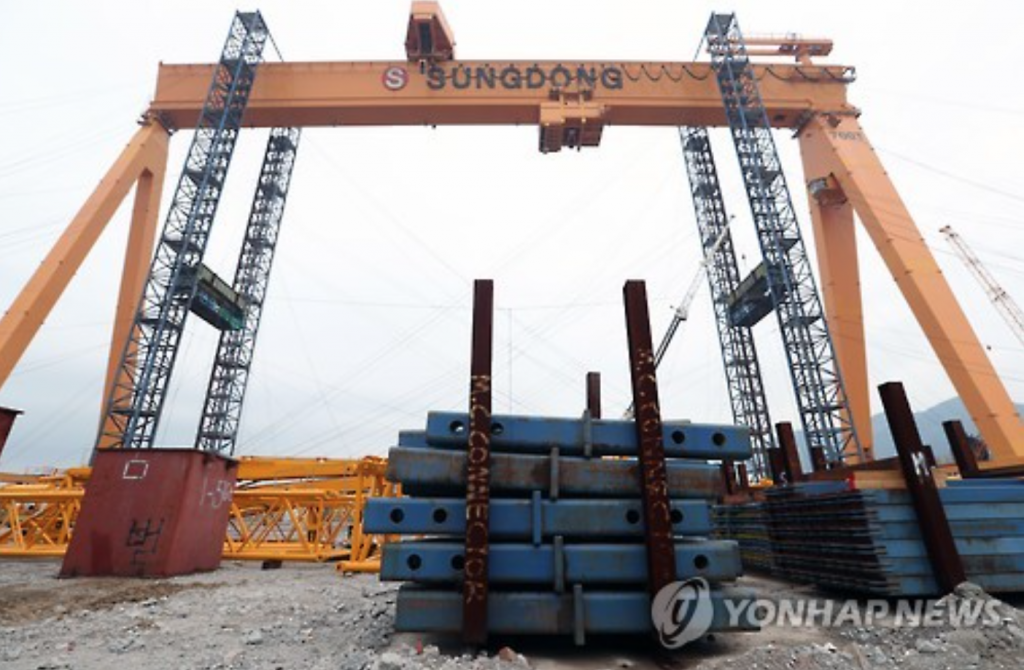 In the end, a shipyard in Romania decided to purchase the equipment for an undisclosed sum.

“We can’t disclose the exact price on the contract,” said an official. “It was sold at a much cheaper price (than it was put out in the market), but with the Romanian firm paying for the dismantling, shipping, and installation of the crane.”

According to officials, the entire process of moving the crane alone, which creditors would have had to cover, amounts to about 4 billion won. The crane will be shipped off before the end of the year.

Meanwhile, the 120,726-square-meter Masan shipyard in Changwon was divided into different lots, and sold to 20 different companies, none of which are related to shipbuilding. In total, the land was sold for 115 billion won.