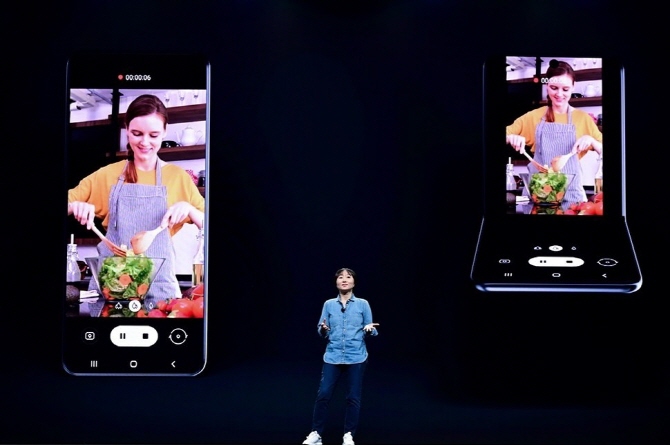 Samsung is scheduled to introduce its clamshell-type foldable phone, supposedly known as the Galaxy Z Flip, and a new version of its flagship smartphone, which is likely to be named the Galaxy S20, at the company’s “Unpacked” event in San Francisco next Tuesday (U.S. time).

Although the world’s largest smartphone maker has yet to announce the launch schedule of its new smartphones, officials at mobile carriers here said that the Galaxy Z Flip is expected to be launched on Feb. 14.

The price of Samsung’s new vertically folding phone has not been confirmed, but sources here said it could be sold at around 1.6 million won (US$1,347).

For the Galaxy S20 series, mobile carrier officials said Samsung’s new flagship phone is likely to be launched on March 6, with preorders starting from Feb. 14.

The high-end version, supposedly named the Galaxy S20 Ultra, is expected to be sold for around 1.6 million won.