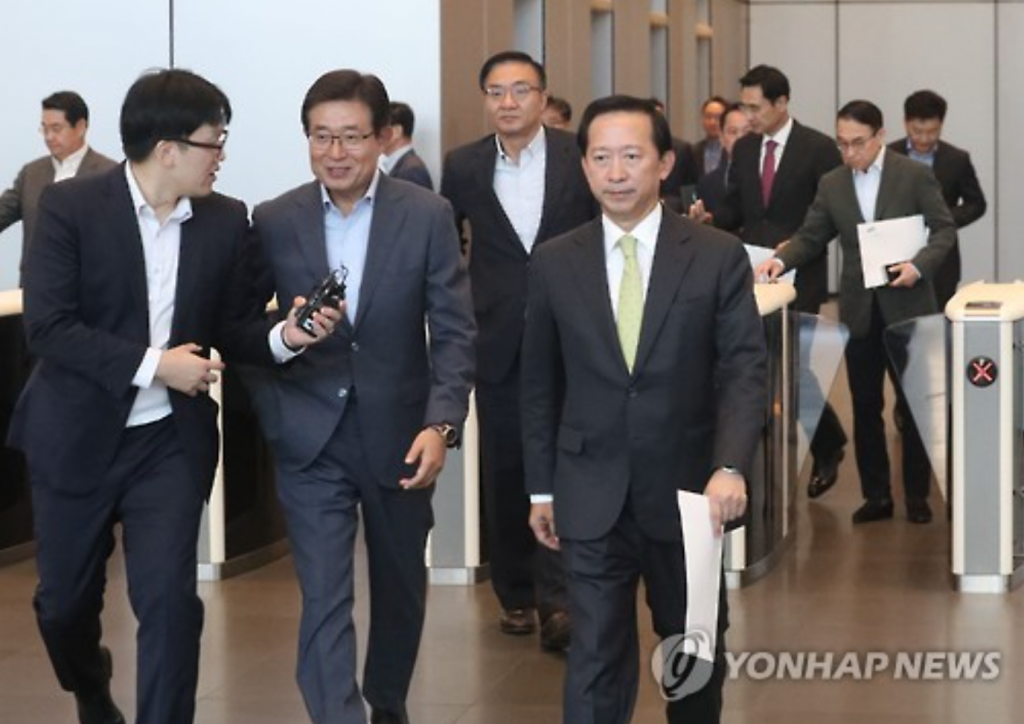 CEOs of Samsung Group companies answer reporters’ questions about the production halt of the Galaxy Note 7 after their weekly meeting at the group headquarters in Seoul on Oct. 12, 2016. (image: Yonhap)

SEOUL, Oct. 12 (Korea Bizwire) – CEO-level executives of Samsung Group companies, including Samsung Electronics Co., held their weekly meeting in Seoul on Wednesday, but they refused to comment on the permanent halt of production of the Galaxy Note 7.

The meeting came a day after Samsung announced that it scrapped the flagship Note 7 smartphone after some of the devices caught fire.

Top Samsung executives who are responsible for the Note 7, including Shin Jong-kyun and Koh Dong-jin, appeared to be absent from the meeting.

Chang Choong-ki, head of Samsung Group’s Future Strategy Office, the group’s de facto control tower, declined to comment, when asked whether the group would conduct its management reshuffle ahead of schedule due to the Note 7 crisis.

Chung Yoo-sung, president of Samsung SDS Co., the group’s technology services unit, told reporters that there was no mention related to the Note 7 during the meeting.