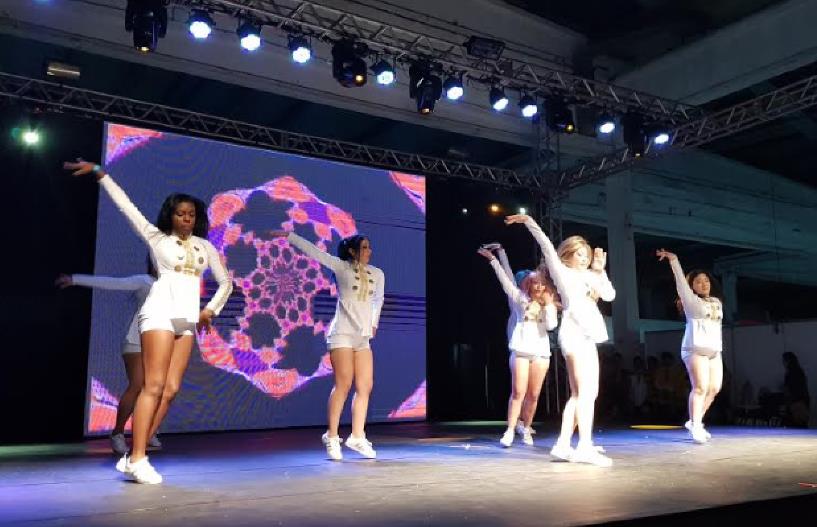 Last year’s first prize winner, Allyance, competed in the contest once again, vying for the grand prize, while BKF01, a dance cover team, made their professional debut through competition.

The contest was especially meaningful as it served as an opening event to the World Pop Festival with participants from around the globe.

A separate K-pop zone was established at the festival, while musicians from around the world took part in the event, garnering wild enthusiasm from K-pop fans.

In addition to a classic pop performance and a congratulatory traditional fan dance, K-pop groups such as Black6ix and DIP put on a special show to please fans.

Organizers said that the event served not only as a competition to crown the top K-pop cover performers, but was also a new attempt to bridge the gap between K-pop and the local music scene.