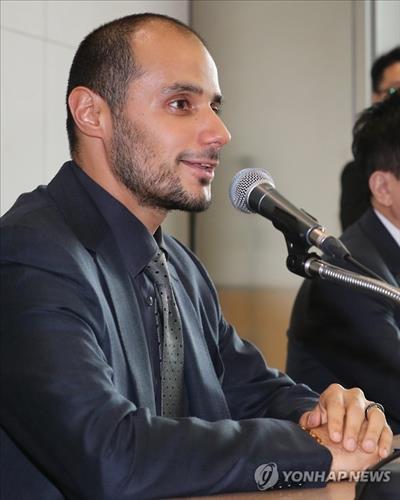 The prince is to invest US$10 million into Suncore Inc., the company said, adding that the stocks are slated to be listed on Dec. 20.

It marks the first time that a member of the Saudi royal family has become the biggest shareholder of a South Korean company listed on the KOSDAQ market.

“We can explore business together to expand long lasting relations between the Kingdom of Saudi Arabia and the Republic of Korea that has lasted for decades,” the prince told reporters in Seoul.

Earlier, Khaled, who is the only son of Prince Alwaleed bin Talal Al Saud and currently serves as chairman of Kingdom Holding Company, joined with Suncore to work on an ongoing mega-size construction project called the Jeddah Project.

“This marks my first trip to (Republic of) Korea,” the prince said, adding that he plans to meet other government and company officials to seek further mutual cooperation.

The US$20 billion proposed development plan is to build Kingdom City, which will be located along the Red Sea on the north side of Jeddah.

The project also calls for building Kingdom Tower, which will be the world’s tallest skyscraper with a height of 1 km.

“It is meaningful that the prince has become the biggest shareholder of Suncore as it means that the company will make inroads into the Jeddah Project,” said Choi Kyu-sun, CEO of Suncore.

The company said it will provide education, medical and other services as well as the construction of manufacturing facilities in the city.