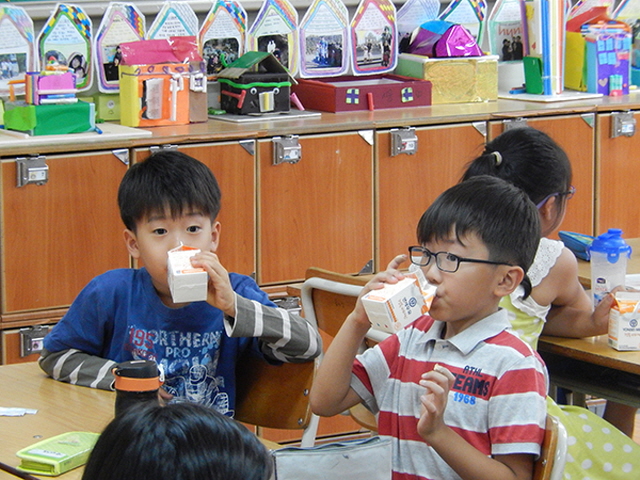 Experts say that as times have changed, it is time to reconsider the implementation of the milk program itself. (image: Korea Dairy Committee)

According to the Korea Dairy Committee, the rate of milk supply at schools steadily decreased since it hit 53.2 percent in 2014, dropping to 50.8 percent in 2017.

Parents of elementary school students decide whether they should drink milk or not, and middle and high schools choose whether to drink milk on their own.

Therefore, the decline is attributed to the phenomenon of these students and their parents avoiding school milk programs.

The school milk initiative was launched in 1981 as a legally mandated dietary effort aimed at improving the health of young people and developing the dairy industry.

However, some parents protested the forced milk program, and since then, it has been optional only for those who want it, but it has not been completely abolished.

Recently, many people have been avoiding to consume dairy products in a nod to animal rights, and for this reason, an increasing number of students are refusing the milk.

Furthermore, those who suffer from lactose intolerance, atopic dermatitis and allergies are also skeptical about the school milk program.

Lactose intolerance is a symptom of poor digestion of lactose in dairy products such as milk and cheese, with three out of four Koreans showing such symptoms.

Experts say that as times have changed, it is time to reconsider the implementation of the milk program itself.

“It was meaningful during the time when meat was scarce, but we don’t have to consume milk as a group in school for nutritious purpose because it is not a problem now,” said Lee Mi-sook, a food nutrition researcher at Seoul Women’s University.