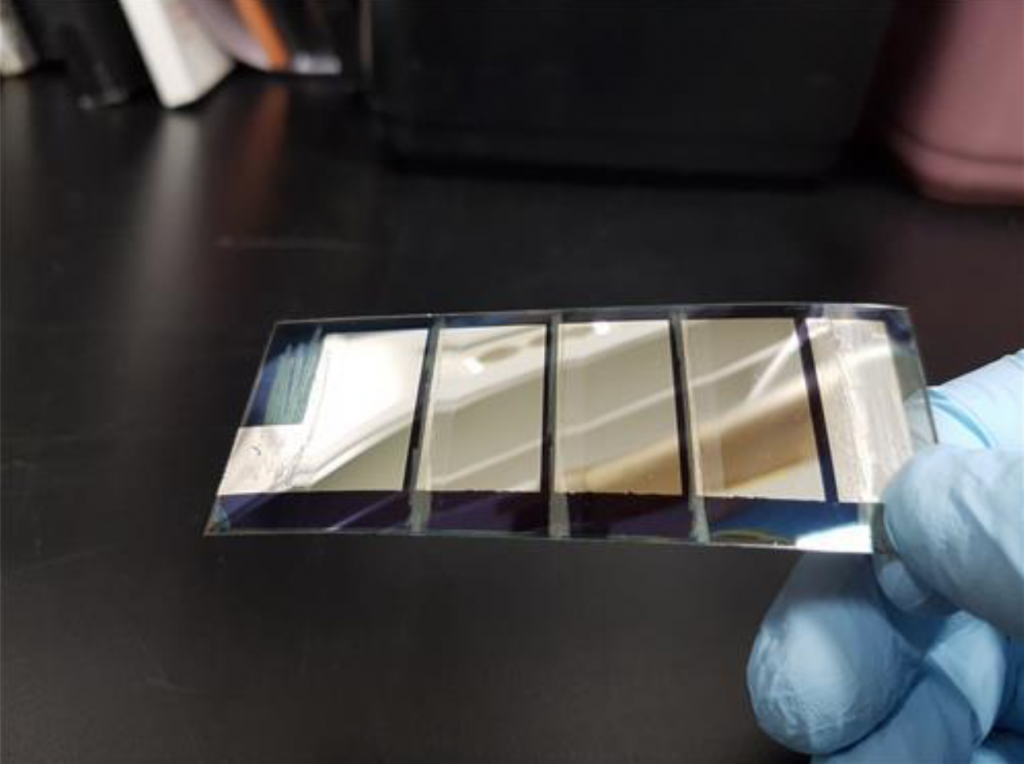 “This is the first time for anyone to successfully use graphene to increase the area of solar cells,” said KIST Dr. Joh Han-ik. (image: KIST)

Perovskite is a new material used for manufacturing flexible solar cells. Despite gaining much attention since 2012 among international researchers, a failure to understand its interfacial characteristics and perovskite crystallization in PeSCs limited the ultimate PeSC area to about 0.05 square centimeters.

To counter its limitations, the Korean scientists used chemically stable graphene, and succeeded in producing PeSCs with a wider area of 10 square centimeters, which ultimately resulted in a 40 percent increase in energy conversion efficiency (solar-to-electricity) and three times the battery life compared to previous PeSCs.

“This is the first time for anyone to successfully use graphene to increase the area of solar cells,” said KIST Dr. Joh Han-ik. “We expect our breakthrough to serve as an important foundation to advance the commercialization of PeSCs.”

The full research findings were published in the November 1 edition of Nano Energy.