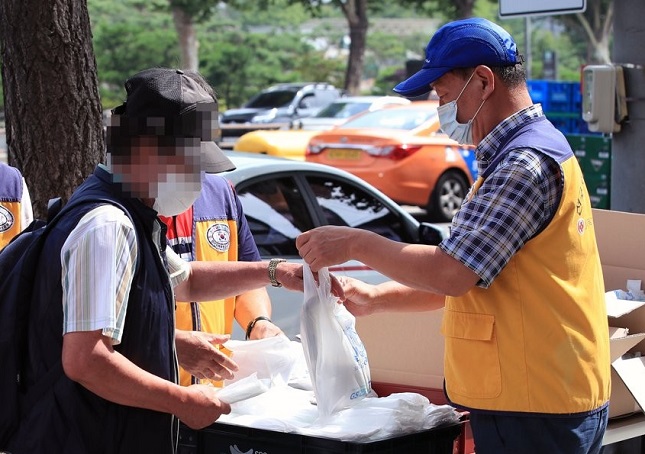 SEOUL, Sept. 21 (Korea Bizwire) — South Korean seniors are being exposed to vulnerabilities as they struggle to adopt digital devices as contactless – often referred to as ‘untact’ locally – practices continue.

Seniors are struggle with isolation as a growing number of cafes and restaurants are introducing QR codes to log customers, while senior welfare centers are increasingly offering online programs.

Yoo Soo-chan, a 78-year-old retiree who has been taking flute lessons at a local welfare center, had to learn how to use web conferencing tool Zoom for the first time in his life.

His offline lessons had to transition online after the center temporarily shut down early this year after the onset of the coronavirus pandemic.

“I prefer to learn offline, but since it’s not possible anymore, I have no choice but to take online classes to continue,” said Yoo.

Moon Bong-ryeol, an 81-year-old senior and an experienced smartphone user said that he’s never heard of a QR code in his life.

“Even though I’ve been using smartphones for a long time, I’ve never heard of QR codes before,” he said.

“I don’t have a problem making calls or sending someone a text message, but I still have to look up on YouTube to learn how to use the QR code.”

The Ministry of Science and ICT conducted a study last March, in which only 64.3 percent of elderly said they were able to use digital devices, indicating particular vulnerabilities that seniors currently face.

Experts argue that allocation of public resources and harder efforts are required to close the information gap.

“It requires not only the elderly to own digital devices, but also to know how to use them properly,” said Prof. Choi Ji-hye from Seoul Women’s University.

“The main problem, however, is that there aren’t many public opportunities where they can learn those skills.”