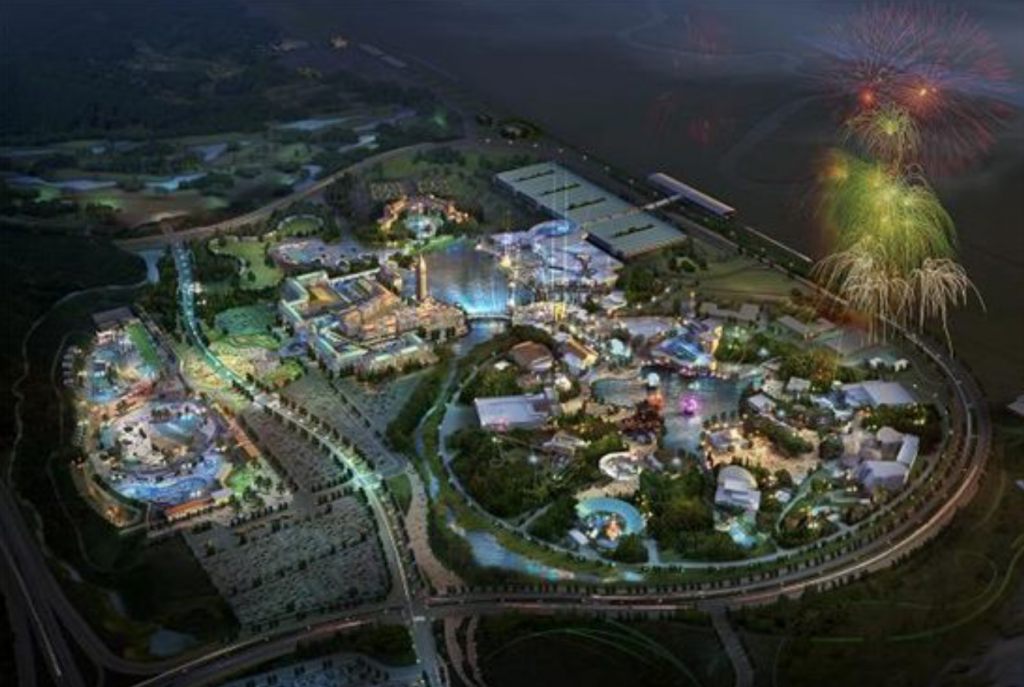 The 5-trillion-won ($4.23 billion) project, which was said to include a Universal Studios theme park, a water park, and a K-wave theme park, already missed a business agreement deadline initially set for August, which was extended to December of this year. (image: K-Water)

According to the Korea Water Resources Corporation (K-Water) and Universal Studios Korea, which are overseeing the project, the negotiation process has ground to a halt with recent uncertainties surrounding the government and related businesses.

The 5-trillion-won ($4.23 billion) project, which was said to include a Universal Studios theme park, a water park, and a K-wave theme park, already missed a business agreement deadline initially set for August, which was extended to December of this year.

With an expected completion date in 2020, the project is a joint venture between government, local and overseas businesses, including Daewoo Engineering & Construction, the Korea Development Bank, the China State Construction Engineering Corporation (CSCEC), and China Travel Service (CTS).

Given the nature and the complexity of the agreement, the negotiation process had progressed with extreme caution from each of the parties. But officials claim that there still was momentum, mainly with the government’s support in line with President Park’s pledge, only until the outbreak of the recent political scandal.

“Although slow, we did have some talks back and forth, which changed drastically following the Choi Soon-sil controversy,” a K-Water official said. “For us to make investment-in-kind, we need administrative aid from the Ministry of Land, Transport and Maritime Affairs, and the Ministry of Strategy and Finance. But current conditions make that highly improbable.”

Doubts over the financial capabilities of Korea Development Bank, the main creditor to Korea’s troubled shipbuilding and shipping companies, in addition to fears that Choi might have influenced Park’s decision to reinitiate the Universal Studio project, are other factors leaving the project’s future unclear.

“The momentum for negotiation is no longer there, influenced not by the business prospects but chiefly by political elements,” said an official. “But investors need to look at the project from an objective standpoint that will add to our national interests, including revitalizing our economy, creating jobs, and attracting foreign tourists.”